Barrick Gold (TSX:ABX; NYSE:GOLD) has released results from the remaining 30% of the 2020 drilling program at the Donlin gold project in […]
By Canadian Mining Journal Staff March 29, 2021 At 12:32 pm 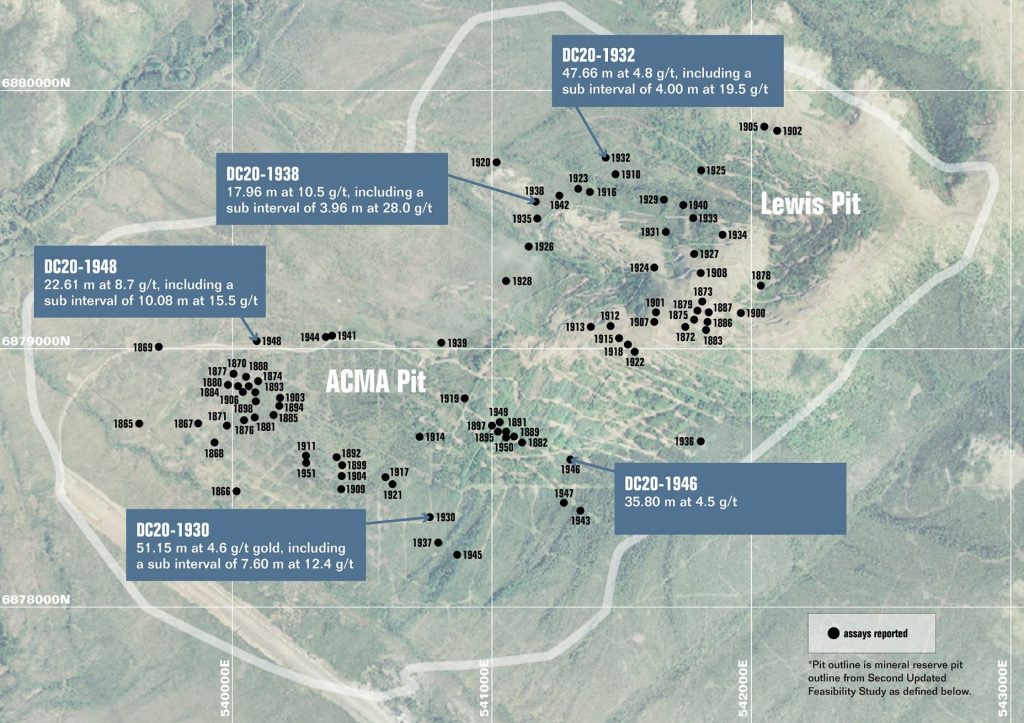 Barrick Gold (TSX:ABX; NYSE:GOLD) has released results from the remaining 30% of the 2020 drilling program at the Donlin gold project in Alaska. Both the grade and thickness of the intercepts were higher than predicted.

The data collected also resulted in an better understanding of the controls on mineralization.

The five top intervals of the latest results drilled between March and October 2020 are as follows:

Follow-up drilling is planned for 2021.

Located 450 km northwest of Anchorage, the Donlin  project is a joint venture between Barrick Gold and NovaGold (TSX:NG; NYSE American: NG). One of the largest and highest grade undeveloped open pit gold deposits in the world, it contains an estimated probable reserve of 33.8 million oz. gold. Mine output could average 1.3 million oz. annually.

The Donlin project has received its major permits from the U.S. Army Corps of Engineers and the U.S. Bureau of Land Management. Agreements are in place with the Calista and TKC native communities providing employment opportunities, scholarships and preferential contract considerations.

This story first appeared on www.NorthernMiner.com