Eldorado Gold (TSX: ELD; NYSE:EGO) is pushing ahead with pre-construction works at its Skouries gold-copper project in northern Greece, which was halted […]
By Cecilia Jamasmie July 11, 2022 At 10:03 am 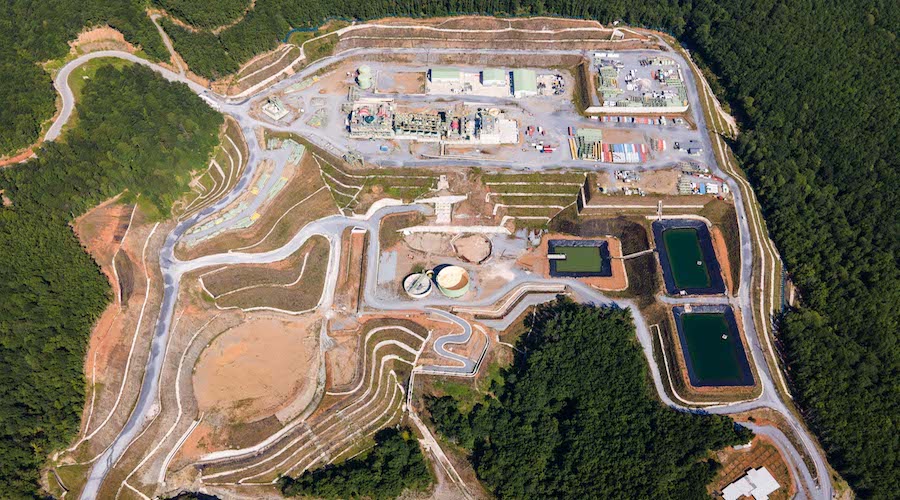 The Skouries project is part of the Kassandra Mines Complex. (Image courtesy of Eldorado Gold.)

Eldorado Gold (TSX: ELD; NYSE:EGO) is pushing ahead with pre-construction works at its Skouries gold-copper project in northern Greece, which was halted from 2017 to last year due to government delays in issuing permits and community opposition.

After inking a new investment contract with Greece in early 2021, Eldorado has focused on resuming construction at the mine, which has reserves of 3.7 million ounces of gold and 1.7 billion pounds of copper.

The agreement provided enhanced fiscal revenues, environmental benefits, and support for local communities in the form of job creation and local projects.

It also paved the way for the reception of a long-awaited permit for the use of dry stack tailings disposal at Skouries.

These options include a joint venture with equity partners, project and debt financing through European and Greek lenders, the European Union’s Recovery and Resilience Fund, and metal streams.

Eldorado expects to have financial backing and board approval in coming weeks, with restart of construction at Skouries in the second half the year, Burns added.

Based on the feasibility study for the project, building the first phase of Skouries will cost about US$845 million, a 23% increase from the US$689 million estimate in the preliminary feasibility study (PFS) .

The company says the increase was due mainly to higher input prices and scope changes related to water management.

Future capital requirements include US$172 million related underground material handling systems in Phase 2, which will be spent between years four and ten of operations. Additional sustaining capital is estimated to reach US$850 million over the life of the mine (LOM), or US$43 million on average per year.

Eldorado has expanded its footprint in Canada in the past two years. In 2021, it completed key growth projects at two of its assets — the Lamaque mine in Val d’Or, Quebec, and Kışladağ gold mine in Turkey.

“Our mergers and acquisitions strategy is focused on jurisdictions where we currently operate,” the company says. “This includes developing our Skouries and Perama Hill projects in Greece, which will contribute to the longer-term growth of Eldorado, as well as identifying early-stage opportunities that provide long-term growth potential in our core jurisdictions.”

In February, Eldorado published a new technical study for its Lamaque mine, its first gold mine in Canada, which highlights a significant upside potential from the Lower Triangle zones and Ormaque deposit.

The company has determined that there is potential to extend the mine life for about 5.5 years from the Upper Triangle reserves and additional 8.5 years from Lower Triangle deposit and Ormaque inferred resources.

The Vancouver-based miner had a tough first quarter, as weather covid-triggered labour shortages and power outages weighed on revenue.

Eldorado expects, as a consequence, that total production for the first half of the year will be lower than the second half, but it's keeping 2022 production guidance untouched at 460,000 – 490,000 ounces.

More information on the miner’s Q2 financial and operational results will be shared at the end of July.