Every mine and mill operator’s worst nightmare is the failure of a tailings dam. Vancouver’s Imperial Metals faced this catastrophe in 2014 […]
By Marilyn Scales January 28, 2019 At 4:39 pm 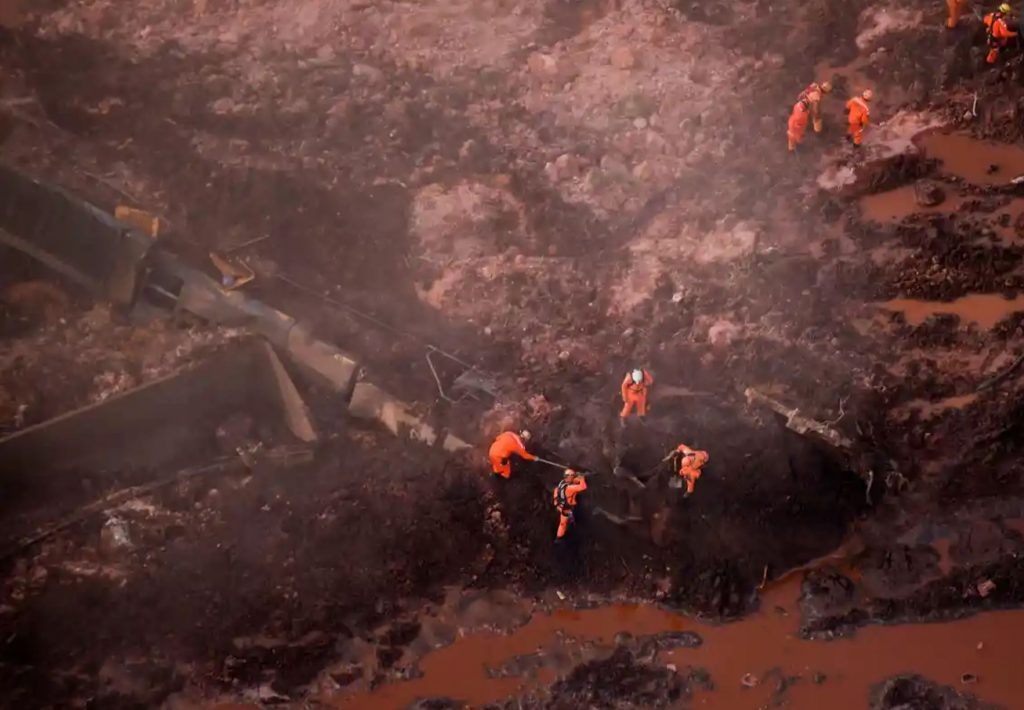 Workers search for as many as 300 missing people after a tailings dam failed at Vale’s Feijao iron ore mine in Brumadinho. (Image: Douglas Magno/AFP/Getty Images) Workers search for as many as 300 missing people after a tailings dam failed at Vale’s Feijao iron ore mine in Brumadinho. (Image: Douglas Magno/AFP/Getty Images)[/caption] Every mine and mill operator’s worst nightmare is the failure of a tailings dam. Vancouver’s Imperial Metals faced this catastrophe in 2014 at its Mount Polley copper-gold mine in British Columbia. Fortunately no one died. The company remediated the problem at a cost of $70 million, added extra vigilance and restarted production until it announced earlier this month that low copper prices are forcing them to suspend mining. The following year, the dam at the Samarco iron ore mine in Brazil failed. That operation is a joint venture of Vale SA and BHP Billiton. Several people died, and the project was shut down. Mining remains suspended to this day. Last week on Jan. 25, Vale announced the failure of the No.1 tailings dam at the Feijao iron ore mine in Brumadinho, Brazil. The rust coloured sludge inundated an administrative area where employees were working before moving down through streams and rivers flooding part of the Vila Ferteco community. The latest death toll is 58 and the missing number may be 300. This is the second dam breach at a property owned or partially owned by Vale in three years. It begs the question: Are they doing something wrong? That question cannot be answered until the cause of the failure can be ascertained. Meanwhile, the local community needs humanitarian help, the cleanup and remediation must be accomplished, and the construction of the dam and its place in the local geology has to be scrutinized. The results of this scrutiny must be  made publically available, if an operator is ever to have an opportunity to restart production. There are many tailings management areas in Canada and around the world that are not so troublesome. The threat of a spill remains, however, as long as tails are stored in ponds on the surface. The Economist published a figure of 3,500 conventional containment areas around the world. To judge by the three examples above, people might conclude the threat is growing. We in the mining industry have heard of dam failures occasionally. In my 40-odd years as an industry observer, I can think of two or three others off the top of my head. The number of failures is not that high compared to the number of tails ponds. What is rapidly increasing is the industry’s response to dam failure and its efforts to find more stable methods of containing mine and milling waste. The Mining Association of Canada is among the professional associations taking a very hard look at tailings management. In November 2017, it made revised best practice guidelines public. This was MAC’s third edition of the Tailings Guide. The goal is to minimize harm, meaning zero catastrophic failures and no significant adverse effects on the environment and human health. The CMJ community is undoubtedly familiar with the guide, but everyone can benefit from reading it again. The guide can be downloaded for free by clicking here.