Equinox Gold (TSX: EQX; NYSE: EQX) has released the prefeasibility study for the expansion of its 100%-owned Aurizona gold mine in Brazil. The plan covers […]
By Canadian Mining Journal Staff September 20, 2021 At 3:12 pm 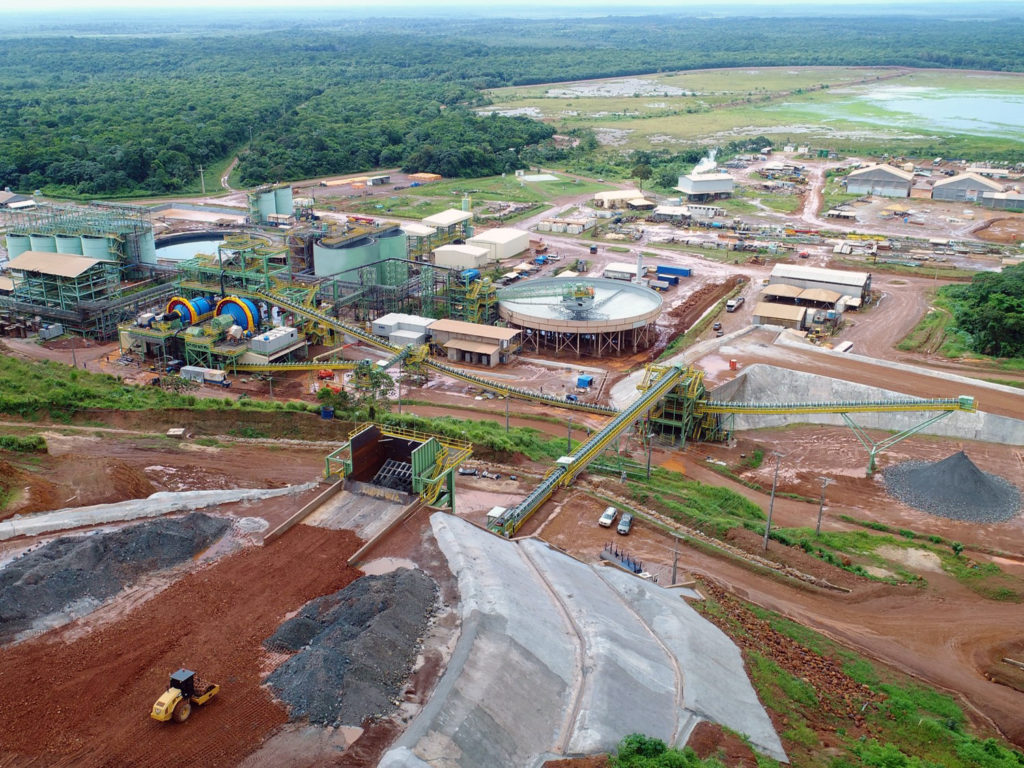 Equinox Gold (TSX: EQX; NYSE: EQX) has released the prefeasibility study for the expansion of its 100%-owned Aurizona gold mine in Brazil. The plan covers mining underground and satellite open pit deposits as well as the Piaba pit, nearly doubling the mine life to 11 years.

Development of the underground mine carries a capex of US$154 million, including a contingency of US$20 million. The mine will stretch 2.3 km along strike below the Piaba pit. Seven separate mining areas have been identified, and they will be access via  2-km main haulage decline with individual internal ramps. Long hole stoping is planned with rock backfill from either underground development or pit waste.

The new Boa Esperanca pit will be mined and completed this year, providing a total of 900,000 million tonnes of saprolite ore grading 0.81 g/t gold to the mill. It will replace the Piaba East pit, which will be depleted by the end of 2024.

Mining at the Piaba pit will continue until 2032 in four phases plus the crown pillar when underground mining is complete. This pit will provide 18.9 million tonnes of fresh rock grading 1.3 g/t gold to the mill.

The Tatajuba deposit, 4 km west of the Piaba pit, will be mined in two phases, beginning in the fourth quarter of 2023 and into 2024. Mining will then pause until 2027 when the second phase is complete. The PFS says this deposit will provide 2 million tonnes of saprolite, transition material and fresh rock grading 1.39 g/t gold to the mill.

Three kilometres east of the Aurizona mill, the Genipapo South pit will be mined beginning in 2023. Then mining will move to the Genipapo North pit until 2028. Combined, the two pits will develop 670,000 tonnes of saprolite and laterite feed grading 0.82 g/r gold to the mill.

Equinox achieved commercial production at Aurizona in July 2019 after building a new mill and upgrading existing infrastructure. The capital cost was US$160 million. The project has produced over 260,000 oz. of gold since then. The 8,000-t/d mill has a conventional crushing and grinding circuit followed a carbon-in-leach (CIL) recovery. Upgrades to the existing powerline, tailings management facility, and waste rock storage are planned.