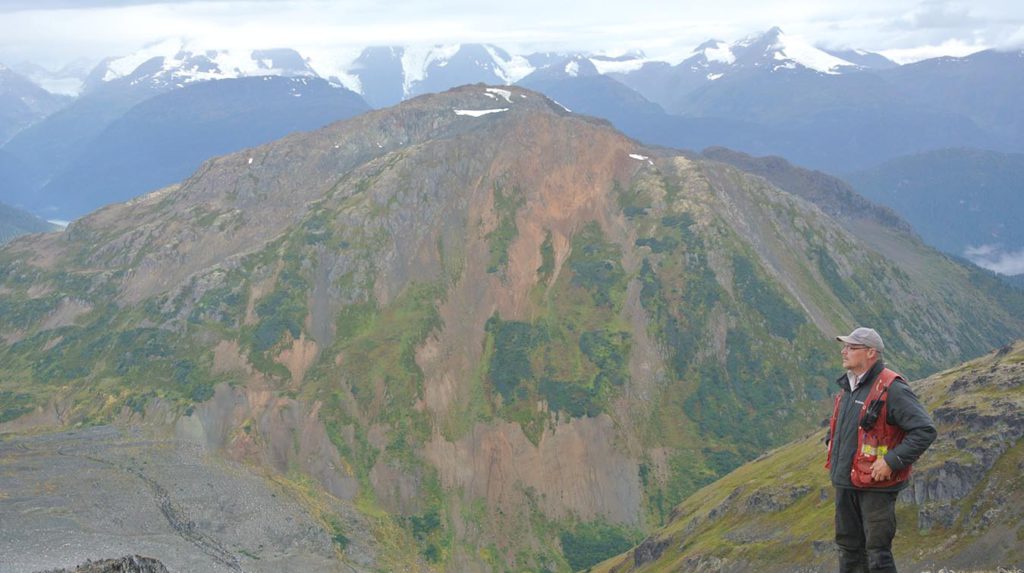 Eskay Mining (TSXV: ESK; OTC: ESKYF) has discovered a new volcanogenic massive sulphide (VMS) centre from diamond drilling that is currently underway at its 100% consolidated Eskay project in B.C. The discovery was made at the Jeff North target, beginning 600 metres north of the Jeff target and extending at least 700 metres northwards.

Early results from the 2022 soil sampling program showed anomalism extending 2 km further north than the northernmost drill hole completed at Jeff North. Given that the target was recognized as a SkyTEM conductivity high with an accompanying soil geochemical anomaly, Eskay said its exploration team is optimistic that the Jeff North VMS system extends further northward.

At present, drilling at Jeff North has been put on pause, with the exploration team moving onto the TV target, the area between TV and Jeff, and Scarlet Ridge. To date, approximately 15,600 metres of diamond drilling out of the 30,000 metres planned for 2022 have been completed. About 13,000 metres of those have been undertaken along 3.7 km of strike at the TV-Jeff corridor.

"As with the Scarlet Ridge-Tarn Lake VMS corridor, the TV-Jeff VMS corridor is proving itself to be another large VMS complex with sulphide mineralization focused along multiple syn-volcanic fault structures each closely associated with intense hydrothermal alteration of volcanic rocks," John DeDecker, Eskay Mining's VP of exploration, said.

"Also encouraging, anomalous geochemical results recently received from soil samples collected at the very start of the 2022 exploration season indicate mineralization potentially extends another 2 km further north from Jeff North. We are optimistic that multiple other VMS targets we have recently identified along the TV-Jeff trend will prove mineralized, and we continue to grow confident about the potential for theconsolidated Eskay project to host an entire VMS district," DeDecker concluded.

The company currently has four drills that are fully operational, and drill production is on track to reach its goal of 30,000 metres.

The Eskay property comprises several gold-silver VMS targets within the Golden Triangle of northwest B.C. The main VMS target areas on the property include the SIB-Lulu, TV-Jeff, C10, GFJ and Spearhead zones. TV-Jeff was the focus of Eskay's 2021 program.