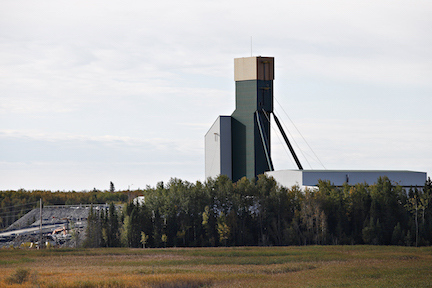 For the quarter, the company reported operating cash flow of A$272.3 million, ending the period with cash of A$369.7 million and bank debt of A$550 million.

At Evolution’s Canadian operations – Red Lake in Ontario – which it acquired from Newmont in early 2020, Evolution has made progress on its plans to transform the asset to a producer of more than 200,000 oz. of gold per year at AISCs of less than US$1,000 per oz.

During the quarter, production at the mine was affected by forest fire in the area that resulted in a temporary suspension of operations and an 11% reduction of available operating time. The mine produced 26,638 oz. of gold at an AISC of A$2,074 per oz. for the period, down slightly from the previous quarter’s figures of 27,428 oz. at A$1,943 per oz.

Evolution is also working towards achieving 1,200 metres of underground mine development per month at Red Lake, where 2,678 metres were completed during the quarter.

Six underground drill rigs are currently conducting a resource definition and exploration drilling program onsite, with 17,585 metres drilled in 79 holes at the Twin Otter area and at Cochenour during the period. Infill drilling results at both deposits (including 12.5 metres of 9.96 metres from 251.5 metres depth at Twin Otter) have served to increase confidence in grade continuity and will allow the company to upgrade resources in future mining areas.

An updated resource statement is due out in February.

In addition to a resource update in February, the gold miner expects to release the results of a surface decline study to develop upper level ore access at Red Lake in the first quarter of 2021, with a prefeasibility study assessing long-term processing options to follow in the second quarter.