OTTAWA – The Mining Association of Canada has just released its annual report on the health of the Canadian mining industry, Facts […]
By Marilyn Scales February 16, 2017 At 4:50 pm 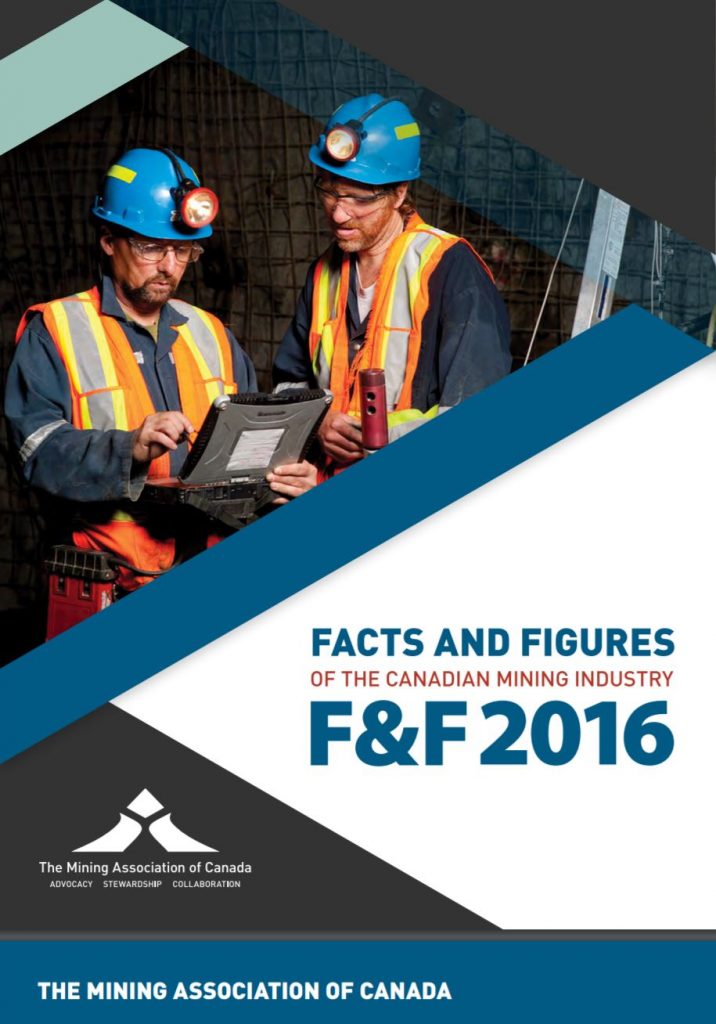 OTTAWA – The Mining Association of Canada has just released its annual report on the health of the Canadian mining industry, Facts & Figures 2016. Although cautious optimism is returning to the global mining industry, there is evidence of declining Canadian competitiveness. That means we can expect major exploration and mining investment to flow offshore. “Very simply, Canada is not as attractive as it used to be for mineral investment, and competition for those dollars is growing globally. The recent elimination of federal mining tax incentives, regulatory delays and uncertainty, combined with major infrastructure deficits in northern Canada are all contributing factors that can explain Canada's declining attractiveness. The time is now to put the right policy pieces in place to better compete for those investments and regain our leadership in mining,” stated MAC president and CEO Pierre Gratton. Notwithstanding the downturn, the mining industry remained a strong contributor to the Canadian economy in 2015. The industry directly employed more than 370,000 people across Canada and remained the largest private sector employer of aboriginal people on a proportional basis. An additional 190,000 worked indirectly in mining, with more than 3,700 companies supplying goods and services to the Canadian mining industry. In 2015, the mining industry accounted for $56 billion of Canada’s GDP, and minerals and metals accounted for 19% of Canadian goods exports. MAC suggests the following policies would improve Canada’s mining competitiveness: To download a copy of Facts & Figures 2016, please visit www.Mining.ca/Facts-and-Figures-2016.