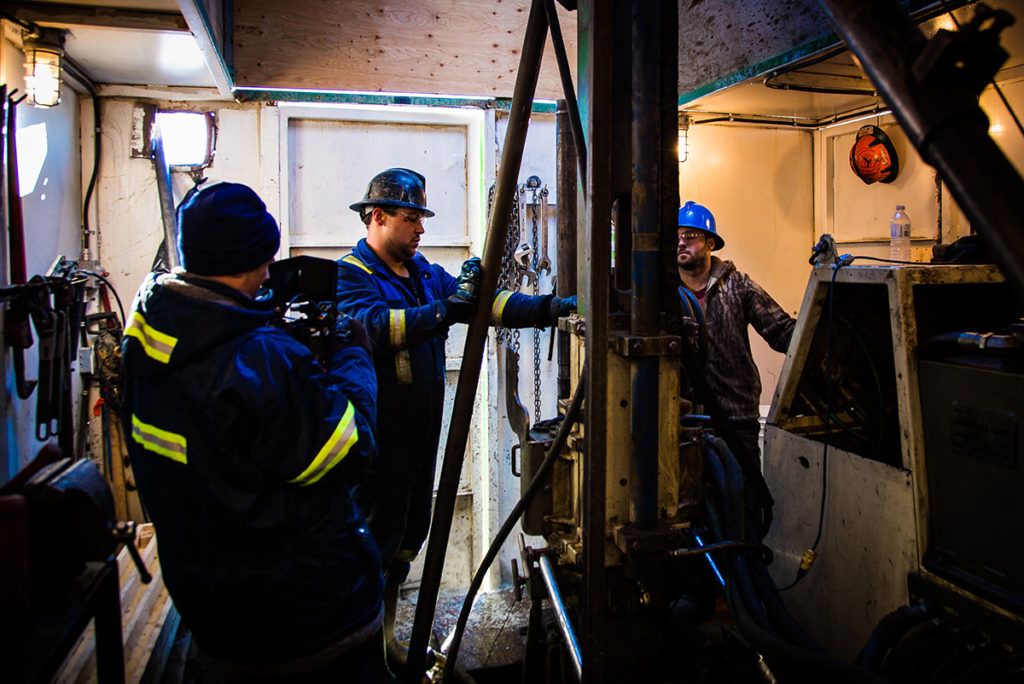 Drilling at the Triple R deposit has outlined 102.4 million lb. U3O8 in the indicated resource and 32.8 million lb. in the inferred resource. Credit: Fission Uranium

Fission Uranium (TSX: FCU; OTC: FCUUF) has provided an update on the feasibility study on work at its 100%-owned Patterson Lake South (PLS) project in the Athabasca Basin. The company reports that the field work for geotechnical, hydrogeological and metallurgical assessments are complete, and importantly, engineering and planning for the proposed mine are now well advanced.

Also in progress are geochemical, flowsheet and tailings management design testing. Metallurgical testing has entered the comminution testing phase. Additionally, the detailed design work for the decline and ventilation shafts is underway. Work on the mineable stope optimizer is completed for the R780E zone and is in progress at the R840W zone. The mine design for the R780E zone is also well underway.

Fission has traced the Triple R deposit that occurs within the Patterson Lake conductive corridor over five separate zones along an east-west strike of 3.2 km. The deposit is known to be a large, near surface, basement hosted, structurally controlled high-grade uranium occurrence. It was first discovered in 2015 by drilling. The mineralization is open along strike in both directions.

In 2019, the company prepared a prefeasibility study that had a post-tax net present value, with an 8% discount) of $702 million and a post-tax internal rate of return of 25%. The payback period for the $1.2 billion initial capital investment would be 2.5 years. Construction will take an estimated 3 years and mining would continue for a further 7 years.

The feasibility study is to be completed this year, followed next year by the environmental impact assessment and construction beginning in 2026.

Fission also entered into an equity distribution agreement  providing for an at-the-market (ATM) offering program with Canaccord Genuity Corp. The company will be able to offer and sell from time to time common shares up to a total price of $50 million on the TSX. The financial flexibility of the ATM program will allow Fission to further enhance and secure advancement for the PLS project.

Additional details about t he PLS project can be found in the corporate presentation posted on www.FissionUranium.com.