Foran Mining (TSXV: FOM; OTC: FMCXF) has received the initial permits allowing it to begin development of an exploration decline as part […]
By Canadian Mining Journal Staff February 15, 2022 At 11:01 am 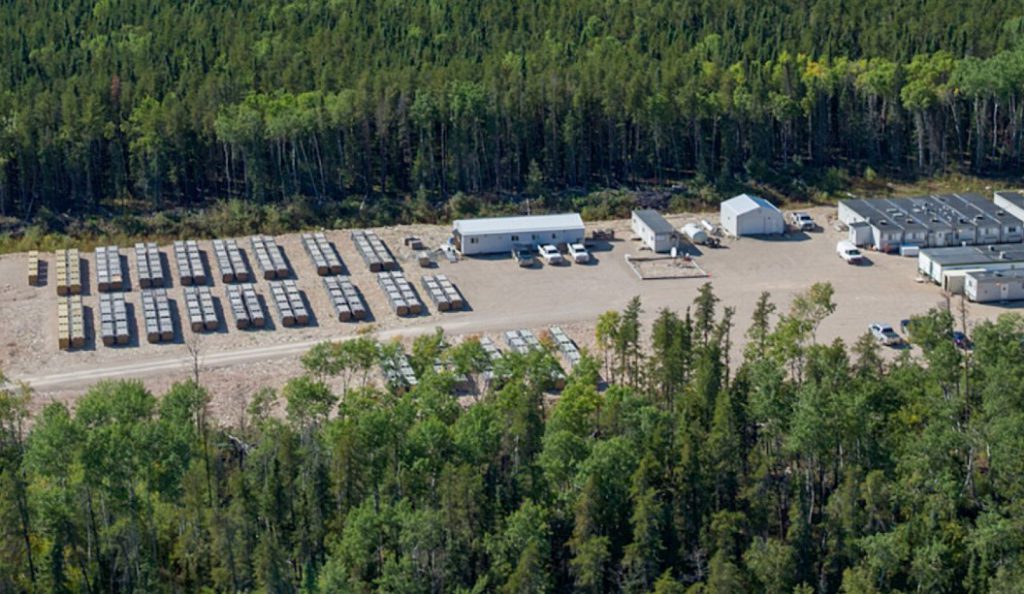 The camp for the McIlvenna Bay copper project in Saskatchewan. Credit: Foran Mining.

Foran Mining (TSXV: FOM; OTC: FMCXF) has received the initial permits allowing it to begin development of an exploration decline as part of its pre-development program at the 100%-owned McIlvenna Bay base and precious metals project in Saskatchewan, 60 km west of Flin Flon, Man.

"The construction of an exploration decline represents a significant key pre-construction project for Foran that will de-risk the timeline and capital costs to first production at McIlvenna Bay,” said CEO and chair Dan Myerson. “We are pleased to be working on this project with the Peter Ballantyne Cree Nation and create benefits for the local economy.”

Foran is planning a decline of about 1,475 metres in length that will reach a depth of 90 metres below surface. A single 100-metre cross-cut will be developed in the hanging wall about 850 metres down the ramp. This will facilitate collection of a 4,400-tonne bulk sample.

The sample will be used to confirm metallurgical test work and further optimize the mill flowsheet. It will also provide an opportunity to complete ore sorting tests and verify tailings characteristics for dry stacking. Underground mapping and drilling will also be conducted.

Foran has begun surface work with blasting and clearing of the boxcut for the adit ongoing. The contract for surface work including land clearing, earthworks and civil construction has been awarded to the Hanson Lake Northern Joint Venture, of which the Peter Ballantyne Group of Companies is a partner. Cementation Canada has been awarded the underground contract for portal construction and decline development.

The company continues to work with the Ministry of Environment of Saskatchewan and has received approvals to begin not only the boxcut but also jet grouting the sandstone layer of the decline, establishing ore and waste pads, and building the containment pond system. The environmental impact assessment is to be completed in the second quarter this year. Once all the construction permits have been received, Foran will begin work on securing the approval to operate.

Foran is intent on making McIlvenna Bay the world’s first carbon neutral copper development by purchasing carbon offsets to counterbalance emissions from 10 years of exploration work. The offsets include funding for the Kariba forest protection project in Zimbabwe and the Newfoundland Climate & Ecosystems Conservancy project.