FPX Nickel (TSXV: FPX) says it has made a significant new nickel discovery with the first two holes it drilled at the […]
By Canadian Mining Journal Staff October 19, 2021 At 12:48 pm 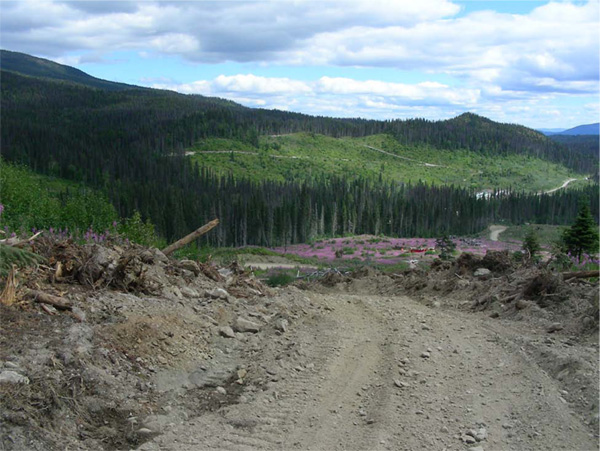 The Baptiste zone, one of four awaruite occurrences in the Decar nickel district of B.C. Credit: FPX Nickel.

FPX Nickel (TSXV: FPX) says it has made a significant new nickel discovery with the first two holes it drilled at the Van target in the Decar nickel district. Drilling intersected some of the highest grade, near-surface nickel mineralization ever drilled at the Decar project, 90 km northwest of Fort St. James, B.C.

The size of the Van target defined by outcrop sampling is comparable to the Baptiste deposit, which measured 3 km along strike with widths of up to 1,000 metres.

Nickel mineralization at Van occurs as disseminated awaruite (a naturally occurring nickel-iron alloy) and in the same ophiolite host rocks as at Baptiste.

“We are extremely pleased with these first drill results from Van, confirming the potential for this target to host a large-scale, standalone nickel deposit to rival the deposit already delineated at Baptiste, which is the world’s third largest undeveloped nickel deposit,” said FPX president and CEO Martin Turenne.

A 2020 preliminary economic assessment done for Baptiste put the after-tax net present value, with an 8% discount rate, at $1.7 billion and the internal rate of return at 18.3%. Operating at 120,000 t/d, the mine would have a 35-year life producing an average of 99 million lb. of nickel annually. Pre-production capex of $1.7 billion would be paid back after taxes in four years.

Detailed information is posted on www.FPXNickel.com.