ONTARIO – Agnico Eagle Mines of Toronto finally got the news it was waiting for – the federal government has given the […]
By Marilyn Scales November 20, 2018 At 4:37 pm 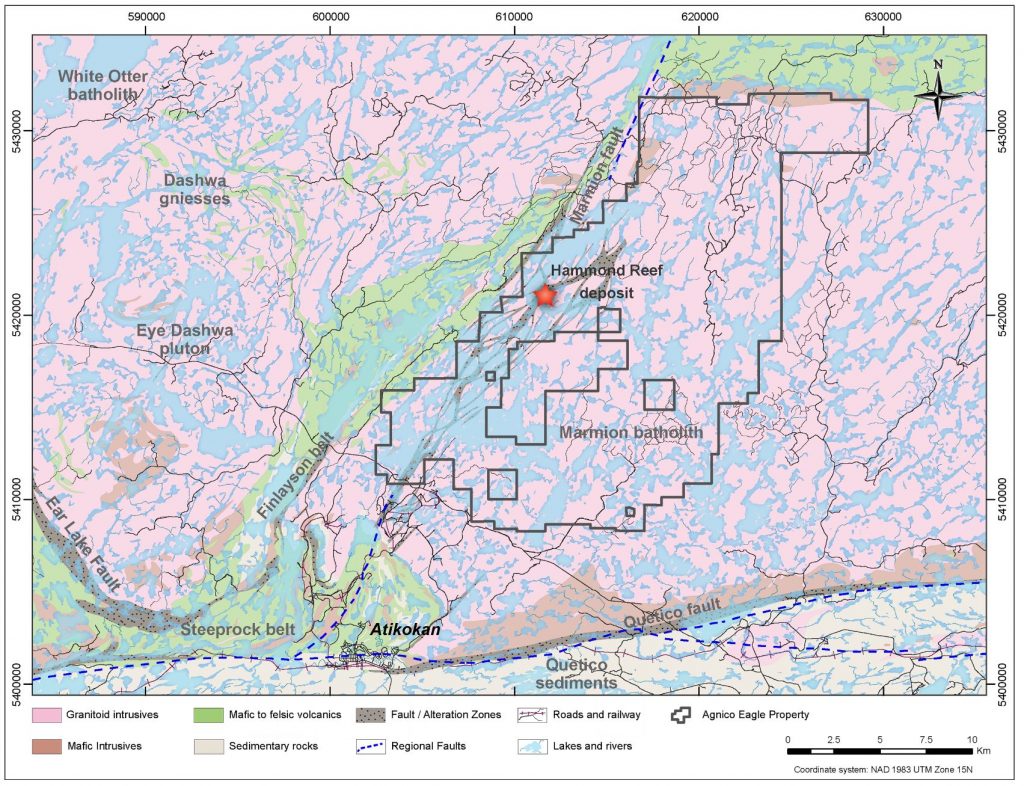 ONTARIO – Agnico Eagle Mines of Toronto finally got the news it was waiting for – the federal government has given the Hammond Reef gold project the formal environmental okay. Agnico can now apply for construction permits for the site 170 km west of Thunder Bay. Minister of Environment and Climate Change Catherine McKenna announced that the project is not likely to cause significant adverse environmental effects when the mitigation measures described in the government report are taken into account. Agnico originally had a 50% interest in Hammond Reef that it acquired when it and Yamana Gold bought Osisko’s Canadian Malartic mine. Agnico bought out Yamana’s 50% interest in March this year. Hammond Reef is a large low grade, near surface deposit. Open pit measured and indicated resources contain 4.5 million oz. of gold in 208 million tonnes grading 0.67 g/t. The inferred portion contains 12,000 oz. of gold in 500,000 tonnes grading 0.74 g/t. Sign up for Agnico Eagle’s news releases at www.AgnicoEagle.com. [caption id="attachment_1003725720" align="aligncenter" width="492"]