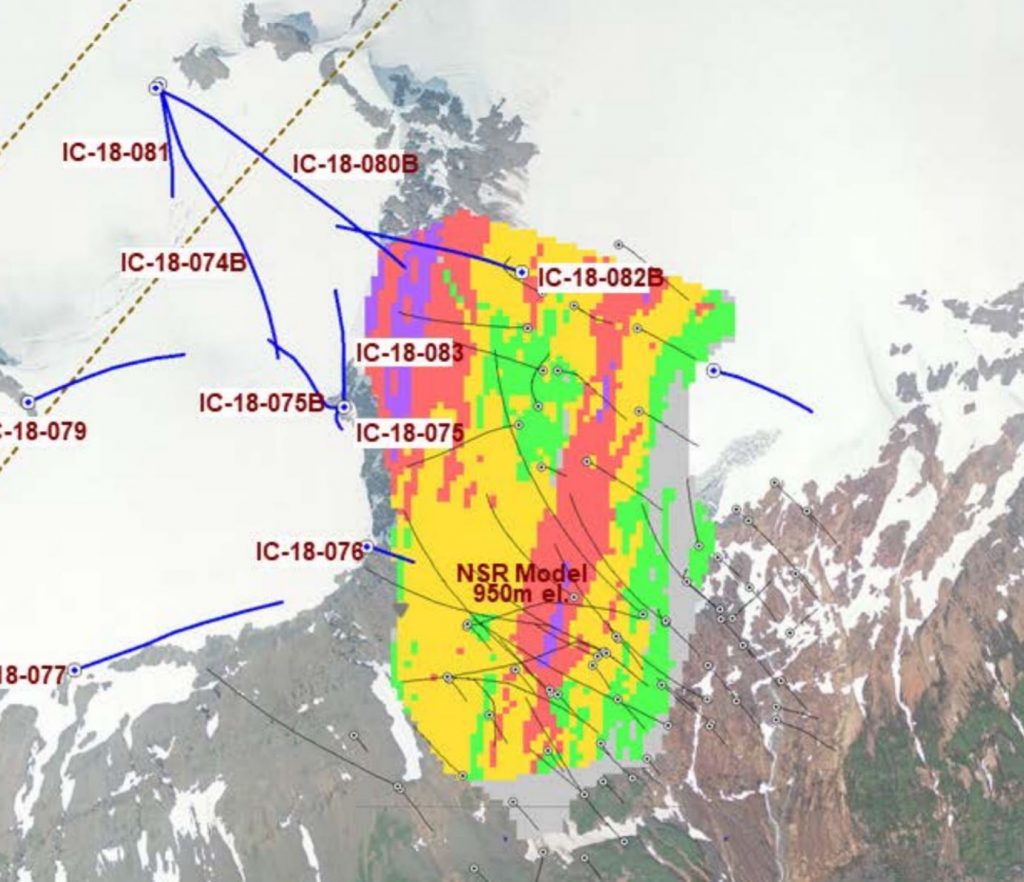 Plan view of the 2018 exploration drilling at the Iron Cap zone. (Image: Seabridge Gold)[/caption] BRITISH COLUMBIA – Toronto-based Seabridge Gold continues to drill at its KSM gold project 65 km northwest of Stewart with excellent results. The company said that recent work extended the high grade Iron Cap zone down plunge to the northwest, but drilling also delineated the southern limits of the zone. One of the best holes, IC-18-83 assed 0.63 g/t gold and 0.44% copper over 548 metres, including 133 metres of 1.31 g/t gold and 0.57% copper. Drilling in the northwest plunge of Iron Cap followed up on results from the 2017 exploration drilling. In addition, a potential conflict between the projection of the deposit and the proposed MTT haulage tunnel was resolved. Seabridge chairman and CEO Rudi Fronk said in a release, "Iron Cap has clearly become one of the best deposits in the KSM cluster, not only for its superior grade but also due to its proximity to infrastructure, which we expect will require less capital to develop than the Kerr and Sulphurets deposits, and also its size and orientation which favour efficient, cost effective underground block cave mining. We believe the impact of Iron Cap on the economic potential of KSM will help us conclude a joint venture partnership on positive terms." More detailed recent drilling results are available at www.SeabridgeGold.net.