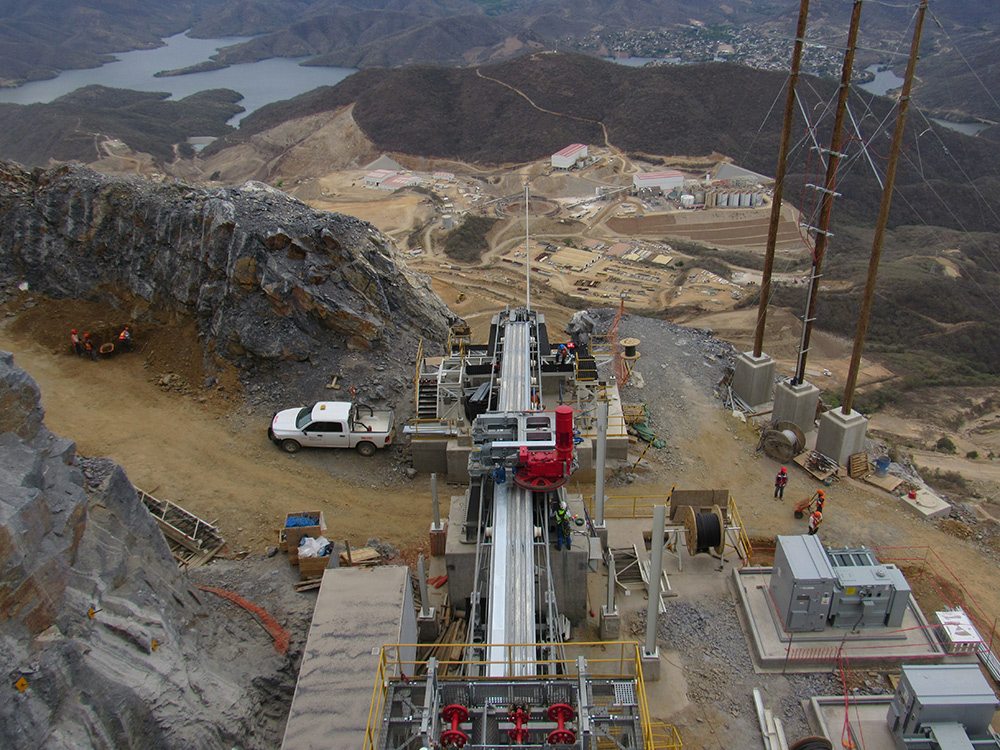 At Torex Gold's El Limon Guajes mine in Mexico. Credit: Torex Gold[/caption] TORONTO – A “wild swing” in the Mexican peso weighed on Torex Gold's first quarter, despite solid production of 108,537 oz. gold at the company's El Limon Guajes mining complex in Guerrero state. In a release, Torex president and CEO Fred Stanford noted that accounting changes in the treatment of stockpiled ore and the depreciation in the peso – by nearly 25% during the quarter – meant higher costs. “For the quarter, the accounting changes to stockpiled ore resulted in an increase of approximately US$100 per ounce to total cash costs and all-in sustaining costs,” Stanford said. “This impact will decline over the coming quarters and is expected to average out at the impact expected in the original annual guidance numbers. The US monetary stimulus in reaction to COVID-19 resulted in the depreciation in many emerging market currencies, including Mexico’s. This has us offside with our currency hedges and when ‘marked to market,’ the significant lost opportunity to benefit from the depreciated peso, affected earnings.” Stanford noted the lower peso also had some positive effects. For the quarter, the Mexico-focused miner reported a net loss of US$47 million on revenue of US$172 million, compared with a net loss of US$1.3 million on revenue of US$101.9 million in the same period of 2019. Adjusted net earnings were US$19.9 million. The company reported total cash costs of US$794 per oz. and AISC of US$975 per oz. The El Limon Guajes complex, Torex's only producing mine, is located 180 km southwest of Mexico City. The mine was shut down for planned maintenance at the end of the quarter when the Mexican government ordered the temporary suspension of non-essential businesses, including gold mining, in response to the COVID-19 pandemic. Exploration drilling at El Limon Guajes and the company's nearby Media Luna project was also suspended. Torex continues to pay its employees during the suspension. In late April, the company drew $50 million on its revolving loan facility to provide additional liquidity during the suspension. The company ended April with US$134.8 million in cash and has now drawn US$100 million on the US$150 million facility. Stanford, who is stepping down as CEO and will be replaced by Jody Kuzenko at the company's next annual meeting, said the suspension of operations could be lifted by May 18. Stanford will remain on the company's board as executive chair. Torex withdrew its guidance for the year on Apr. 2 and says it can't provide new guidance until it has more certainty around the suspension. For more information, visit www.torex.gold.com.