ONTARIO – Perth, Australia-based junior Auteco Minerals has signed a deal with First Mining Gold to earn up to an 80% interest […]
By Alisha Hiyate January 28, 2020 At 1:25 pm 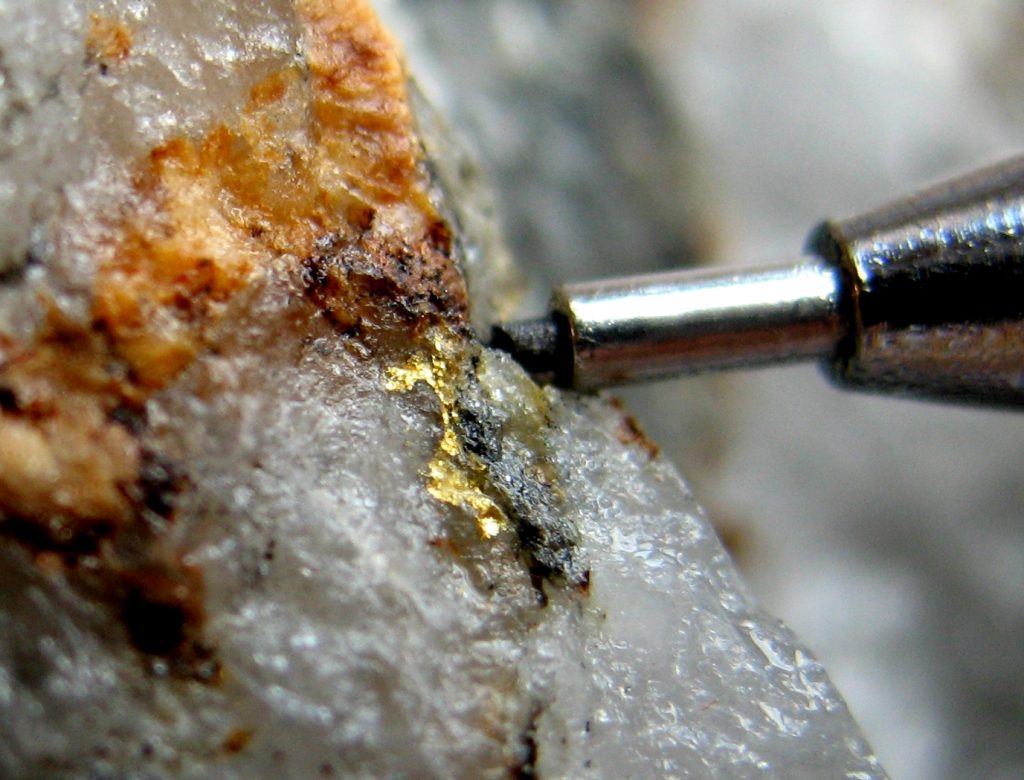 Visible gold in the Riopelle vein from the Pickle Crow gold project in Ontario. Credit: First Mining Gold/PC Gold[/caption] ONTARIO – Perth, Australia-based junior Auteco Minerals has signed a deal with First Mining Gold to earn up to an 80% interest in the Pickle Crow gold project in northwestern Ontario. Under the agreement, Auteco will spend $10 million over five years on exploration, and issue cash payments totalling $4.1 million as well as 125 million Auteco shares to First Mining. Pickle Crow is a historic, high-grade gold mine that produced nearly 1.5 million oz. of gold at grades of 16.14 g/t gold between 1935 and 1966. The Auteco team was involved in making new discoveries at the Bellevue Gold mine, a similar historic high-grade gold mine in Australia. "We are excited to be partnering with such an accomplished group to advance Pickle Crow,” said Dan Wilton, CEO of First Mining. “Auteco has a strong technical team with a track record of generating value through exploration success. Their team is backed by the same key individuals involved with Bellevue who had recent success in revitalizing a past-producing district, and the project similarities are why we believe Auteco is one of the best positioned teams to advance and unlock the potential at Pickle Crow.” Wilton said the agreement will allow First Mining to focus on advancing its Springpole and Goldlund gold projects (also in Ontario) while Auteco works on discovering and developing project-scale, high-grade, near-surface gold resources at Pickle Crow, which has seen limited exploration since the mine’s closure. First Mining will retain a 2% net smelter return royalty, 1% of which can be bought back for US$2.5 million. The company acquired Pickle Crow through the acquisition of PC Gold in 2015. More details can be found at www.firstmininggold.com.