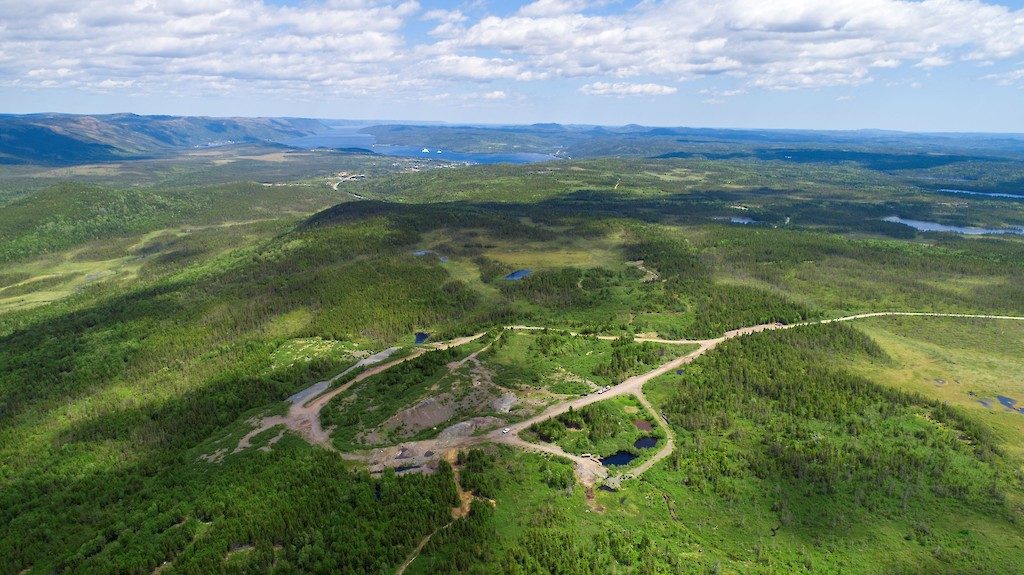 Hammerdown project Credit: Maritime[/caption] NEWFOUNDLAND AND LABRADOR – Maritime Resources has started an initial 10,000-metre diamond drill program at its 98-sq.-km Hammerdown gold project. This program will focus on testing prospective areas for new gold discoveries, growing the existing resource inventory and optimizing the mine plan outlined in a preliminary economic assessment (PEA) earlier this year. “Our Hammerdown and Orion gold deposits lie within a 5-km deformation zone that has numerous exploration targets identified from our geophysics and structural work,” Garett Macdonald, the company’s president and CEO, said in a release. “We strongly believe there is potential for additional discoveries within this largely untested area and will be aggressively exploring this area for new high-grade resources similar to Hammerdown.” At Hammerdown, Maritime intends to drill deeper levels of the deposit to test for additional high-grade gold systems with additional infill work planned for areas outlined in the PEA mine plan to upgrade inferred resources. Drilling is also scheduled for grade control testing to evaluate gold grade variability and to test the 2-km strike length between the Hammerdown and Orion deposits. Lastly, infill drilling is also planned for the upper 200 metres of the Orion deposit to upgrade inferred resources and test for extensions of higher-grade mineralization. Maritime Resources holds a 100% interest in the Green Bay property, which includes the past-producing Hammerdown gold mine and Orion deposit. Richmont Mines operated the Hammerdown open pit and underground mine between 2000 and 2004, producing 143,000 gold oz. from an average head grade of 15.7 g/t gold. Combined open-pit resources at Hammerdown and Orion stand at 1.7 million the measured and indicated tonnes grading 6.65 g/t gold for a total of 368,000 oz. Inferred resources add a further 1.3 million tonnes grading 4.77 g/t gold for 206,200 gold oz. These are at a cut-off grade of 1 g/t gold. Total resources across the two deposits in the underground classification include 1.2 million measured and indicated tonnes at 4.13 g/t gold for a total of 153,000 oz. with an additional 1.9 million inferred tonnes grading 4.29 g/t gold containing 260,000 gold oz. Underground resources are derived using a 2 g/t gold cut-off grade. In February, Maritime published the results of a preliminary economic assessment on open pit and underground mining at the Hammerdown and Orion deposits. The material mined would be pre-concentrated on site and hauled to an offsite mill to produce gold doré. The 9-year mine would produce an average of 57,900 gold oz. annually at all-in sustaining costs of US$939 per oz. With a pre-production capital cost estimate of $57 million, the resulting after-tax net present value estimate for the project, at a 5% discount rate, is $142.1 million with a 61.2% internal rate of return. Maritime plans to extract a sample of over 10,000 tonnes for feasibility-level sorting test work with the feasibility study expected in the first half of next year. For more information, visit www.MaritimeResourcesCorp.com.