ONTARIO – Detour Gold Corp. is pushing back development of the West Detour gold project due to uncertainties associated with permitting. The […]
By Marilyn Scales January 31, 2017 At 4:47 pm 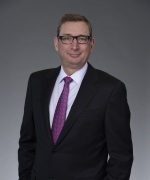 ONTARIO – Detour Gold Corp. is pushing back development of the West Detour gold project due to uncertainties associated with permitting. The current mine plan called for mining to begin in January 2018. [caption id="attachment_1003716999" align="alignright" width="150"] Paul Martin, president and CEO of Detour Gold.[/caption] Detour filed the environmental study report with the province on Jan. 30, but then was notified that one of its aboriginal partners has made a request for a federal environmental assessment. The Company believes that the ESR meets both the provincial and federal environmental standards, but the federal process typically takes two to three years compared to one year for the provincial process. The company is reconfiguring its mine plan to determine the optimal timing to commence West Detour mining. In the base case plan currently being developed, the mining of the West Detour pit would not begin before 2021, but flexibility is being built in  to reflect a shorter provincial process by providing an option to start the adjacent North satellite pit in 2019. In both cases, annual mining rates are projected to ramp up to approximately 120 million tonnes from 100 million tonnes in 2017. Meanwhile, Detour says it has mapped out an underground drill program with temporary surface infrastructure, a portal and 5-by-5-metre decline, cross-cuts and a ventilation system to test zone 58N. Cost of the program may be $30 million to $50 million over five years. Detour has published its 2017 guidance estimates as 550,000 to 600,000 oz of gold at an all-in sustaining cost of $1,025 to $1,135 per oz sold. More information is available at www.DetourGold.com.