GOLD: Skeena tables maiden resource for Snip project in BC 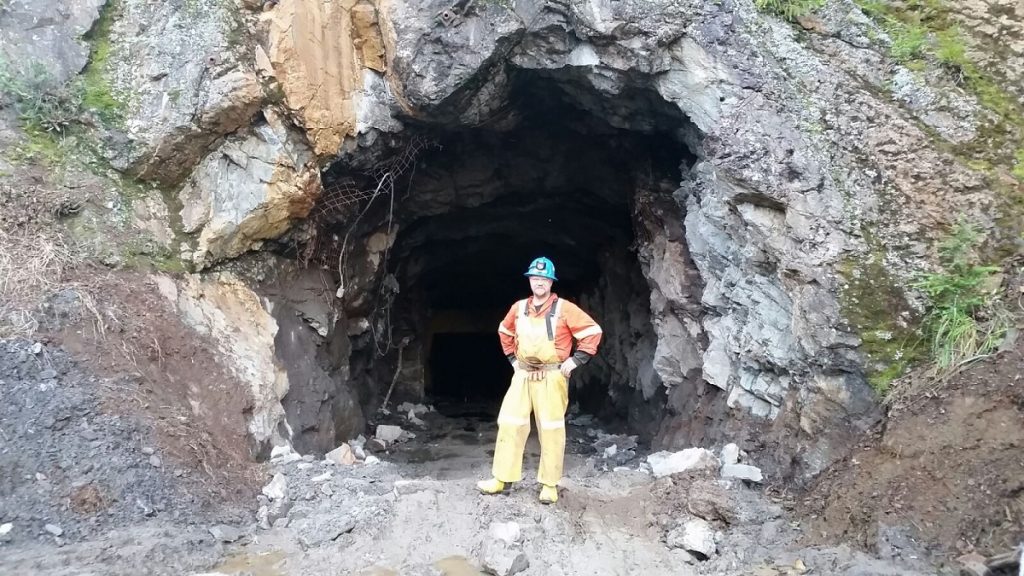 Portal at Snip Credit: Skeena[/caption] BRITISH COLUMBIA – Skeena Resources has released a maiden underground resource for its wholly owned Snip gold project, within the province’s prospective Golden Triangle. The resource is made up of the Main-V, Main-S and Twin West zones, and includes 539,000 indicated tonnes grading 14 g/t gold, containing 244,000 gold oz., as well as 942,000 inferred tonnes, at 13.3 g/t gold, for a further 402,000 oz. of gold. The resources are derived using a 2.5 g/t gold cut-off. “We are very excited about the maiden resource at Snip, particularly because of the excellent grade and the proximity to Eskay Creek,” Walter Coles Jr., the company’s president and CEO, said in a release. Coles added that the company plans to start drilling at Snip in the near-term, to follow up on areas that returned strong results last summer as the company looks to grow its mineralized inventory. Last year’s drill highlights included 1.4 metres of 12 g/t gold and 1.5 metres of 1,131 g/t gold. “Our efforts in the coming months will focus on expanding these now well-defined resources with expansion drilling in the newly evolving 200 Footwall corridor as well as other near-mine targets,” added Paul Geddes, the company’s VP of exploration and resource development. According to Geddes, the company, together with SRK Consulting, has developed a robust resource model for Snip, which will be used for future economic studies of this property. The latest resource numbers assume a longhole stoping mining scenario and exclude mineralization within 1 metre of historical underground development. A total of 72 veins were modelled for this high-grade, narrow vein deposit. The Snip mine produced approximately 1 million gold oz. between 1991 and 1999, at an average grade of 27.5 g/t gold – the majority of this output was from the Twin zone vein system. Skeena’s most advanced project is the past-producing Eskay Creek site, also within the Golden Triangle. In June, the company announced that it has started a prefeasibility study for this asset. Current open-pit resources at Eskay include 12.7 million indicated tonnes at 4.3 g/t gold and 110 g/t silver for a total of 1.7 million oz. of gold and 44.7 million oz. of silver. Additional inferred resources include 14.4 million tonnes at 2.3 g/t gold and 47 g/t silver for 1.1 million gold oz. and 21.7 million silver oz. These are estimated using a 0.7 g/t gold-equivalent cut-off. For more information, visit www.SkeenaResources.com.