Val d’Or – As Wesdome Gold Mines works toward a new preliminary economic assessment (PEA) for its past-producing Kiena gold mine, in […]
By Alisha Hiyate September 25, 2019 At 4:26 pm 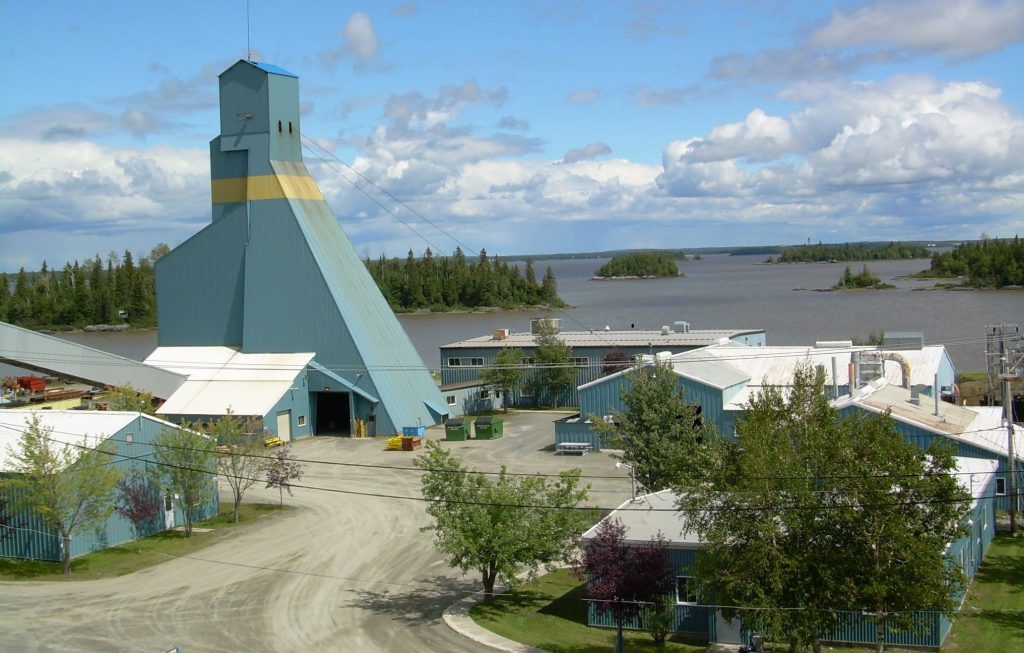 The Kiena gold mine headframe. (IMAGE: Wesdome Gold Mines)[/caption] Val d'Or – As Wesdome Gold Mines works toward a new preliminary economic assessment (PEA) for its past-producing Kiena gold mine, in Val-d'Or, Que., it's posted an updated resource that increases ounces and grades at the high-grade Kiena Deep A Zone. The resource update incorporates 36,050 metres of drilling in 140 new drill holes completed between October 2018 and this August. Kiena Deep (A Zone) now hosts measured and indicated resources of 679,200 tonnes grading 18.55 g/t gold for 405,100 oz. Inferred resources add 676,300 tonnes grading 15.27 g/t gold for 332,000 oz. gold. Notably, the new resource increases the indicated resource grade to 18.55 g/t gold from 9.95 g/t and inferred resources to 15.27 g/t gold from 11.43 g/t gold. In a release, Wesdome president and CEO Duncan Middlemiss said the company was pleased with the new resource. “Our work has continued to grow and better define the high grade Kiena Deep A Zones and we are confident that the mineral resource will increase as a result of the ongoing drilling of this high grade area, that remains open up and down plunge,” Middlemiss said. “These updated results provide us the opportunity to commence our technical studies supporting a potential restart, as we continue to drill and expand the current resource base during the remainder of 2019 and beyond.” Wesdome also released a global resource for the Kiena project that includes Kiena Deep, areas close to Kiena mine development (B, South, VC and South zones) and zones outside of the mine area (Martin, Dubuisson, Northwest, and Presqu'ile zones plus the Wesdome deposit). Global measured and indicated resources at Kiena are 2.8 million tonnes grading 8.67 g/t for 788,100 oz. gold, plus 2.9 million inferred tonnes grading 8.51 g/t gold for 798,100 oz. Wesdome has five drills engaged at the A zone, focused on the up and down-plunge areas of the zone that are not in the resource estimate, as well as upgrading resources. The company is also developing an exploration drift on the 79-metre level that will provide better drill access to test the down plunge extensions of the VC6 and VC1 zones, and portions of the A Zone. Mining at Kiena was suspended in 2013. A PEA looking at restarting the mine is expected in the first half of 2020.