QUEBEC – Montreal’s Mason Graphite is raising $45 million through a bought deal to be used toward the development and construction of […]
By Marilyn Scales December 13, 2017 At 4:49 pm 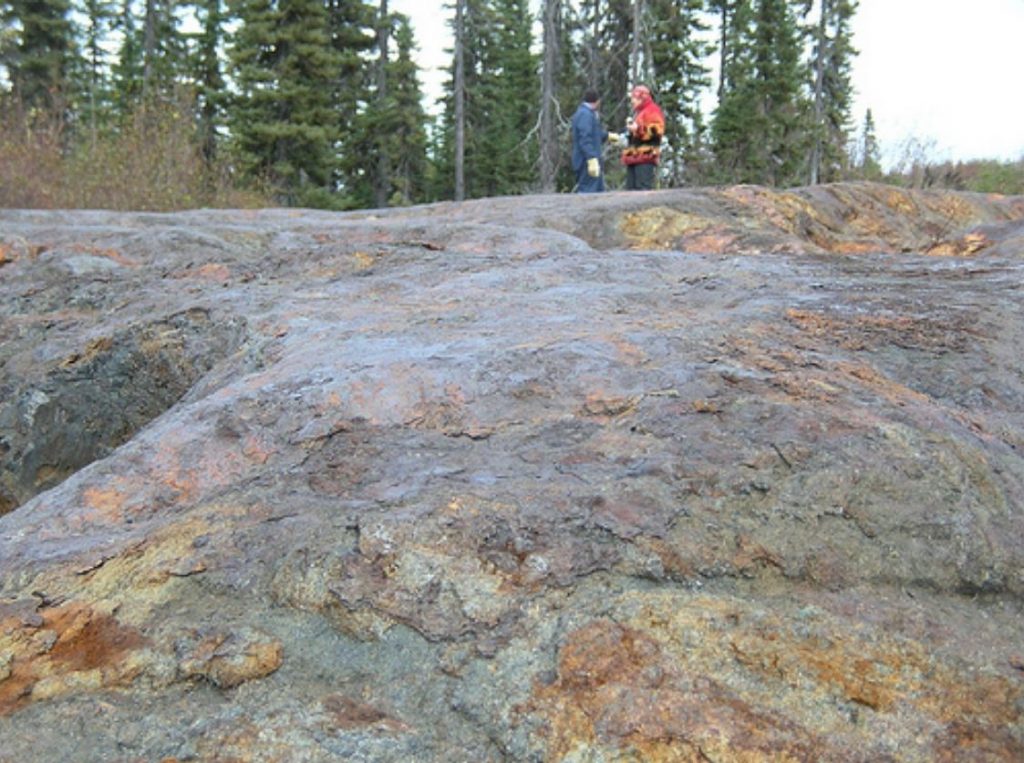 Outcropping graphite mineralization at Lac Gueret in Quebec. (Image: Mason Graphite)[/caption] QUEBEC – Montreal’s Mason Graphite is raising $45 million through a bought deal to be used toward the development and construction of its Lac Gueret graphite property at Baie Comeau. A syndicate of underwriters led by National  Bank Financial have agreed to buy 18.75 million Mason common shares at a price of $2.40 each. Mason has also granted the underwriters an option to purchase about 2.81 million additional shares at the same price. If the option is exercised in its entirety, the total gross proceeds of the offering will be $51.75 million. The Lac Gueret project has a construction/development budget of $200 million. The feasibility study put the after tax net present value with an 8% discount at $352 million. The after tax internal rate of return will be 34.3%, and the payback period 2.6 years. The project has a life of 25 years, during which time 4.7 million tonnes of ore grading 27.8% graphitic carbon (proven and probable reserves) will be milled. Total measured and indicated resources are 58.1 million tonnes grading 16.30% Cg. More information is available at www.MasonGraphite.com.