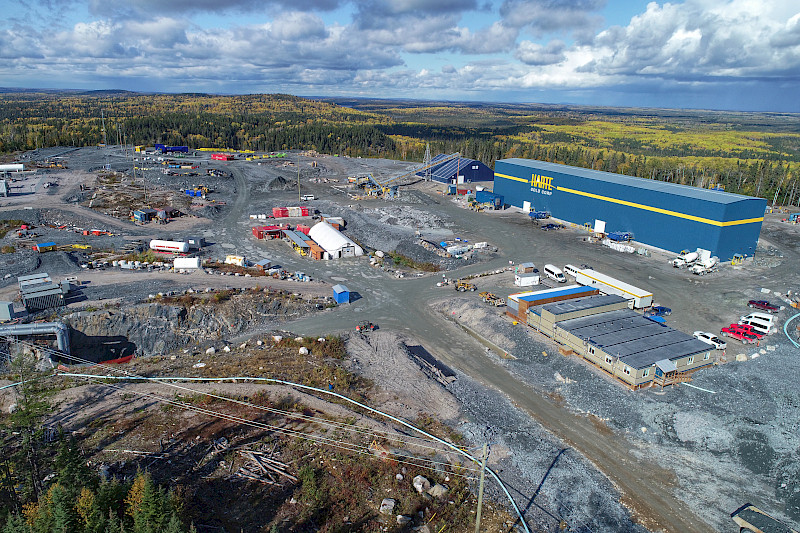 Last year, Ontario-focused miner Harte Gold produced 25,649 gold oz., exceeding its prior guidance for 20,000 to 24,000 oz. The emerging producer churned out a record 10,835 oz. in the fourth quarter, which is a quarterly record for the Sugar Zone mine in White River since reaching commercial production in January 2019.

“2020 was an important transitional year for Harte Gold; one in which we made a series of operational enhancements to production and mine planning at the Sugar Zone mine,” Frazer Bourchier, Harte Gold’s president and CEO, said in a release. “Since restarting operations, we have made steady improvements across a number of key metrics –including mine ore production, development metres, and processed grades. These changes have resulted in record quarterly production for Harte Gold and exceeding our revised production guidance for 2020.”

Harte expects that approximately two-thirds of its 2021 gold production will be unhedged.

This year, the miner expects to spend $26 million on mine development and $13 million on a camp upgrade and on a heavy equipment shop. A further $5 million is allocated for regional exploration.

Fourth-quarter head grades averaged 7.7 g/t gold, with increasing development rates. The higher development activity is expected to lead to increased ore mining by the first quarter of this year. In 2021, average grades are anticipated to remain consistent with the reserve grade.

Harte is also completing a feasibility study for an expansion to 1,200 t/d with results expected after market close on Jan. 20; the study will also include a reserve and resource update.

The company’s fourth quarter and full year 2020 results are expected on Mar. 23.