A new study led by researchers at McGill University and the University of Copenhagen states that the human and environmental costs of […]
By MINING.COM Staff September 9, 2021 At 2:06 pm 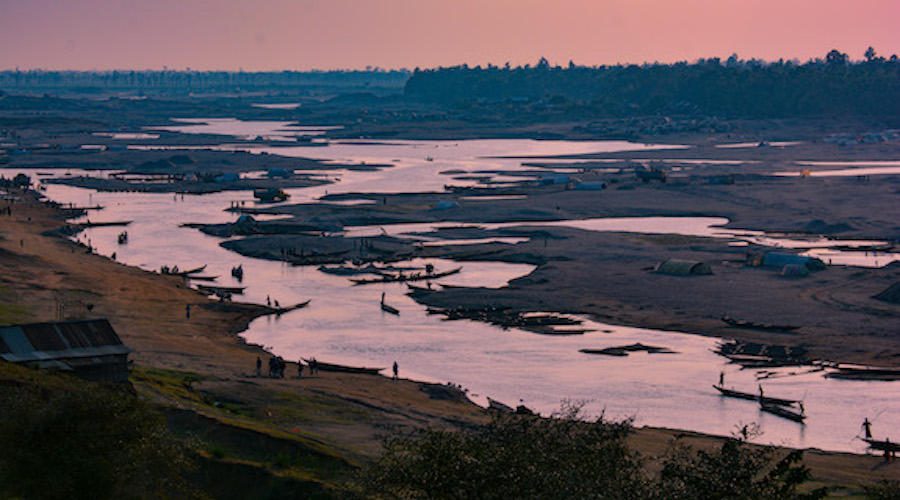 A new study led by researchers at McGill University and the University of Copenhagen states that the human and environmental costs of sand and gravel extraction in lower and middle-income countries have, so far, been overlooked.

According to the scientists, sand and gravel are the most mined materials in the world, with between 32 and 50 billion tonnes extracted globally each year.

“With this work, we’re able to show that in low- and middle-income countries, the sand industry is in direct conflict with almost half of the 17 Sustainable Development Goals,” Mette Bendixen, one of the study’s co-authors at McGill, said in a media statement. “The impact that sand and gravel mining have on the environment, conflicts with goals linked to the natural dynamics of ecosystems. Furthermore, pollution, health-related issues and the informal nature of many mining activities create societal inequalities negatively affecting small scale miners and their families.”

Bendixen's data show that increasing demand and market prices are leading to unsustainable exploitation, planning and trade. Removal of sand from rivers and beaches has far-reaching impacts on ecology, infrastructure, national economies, and the livelihoods of the 3 billion people who live along the worlds’ river corridors.

Most of the demand for these products comes from Brazil, Russia, India, South Africa and China, with the latter dominating the growth in demand for cement alone - a proxy for aggregate usage -, which has increased by 438% over the past 20 years, compared with an increase of 60% in the rest of the world.

In addition to this, Bendixen said that unregulated sand mining has been documented in 70 countries across the globe, with associated conflicts related to ecological destruction, livelihood disruption and labour rights violations.

But the researcher and his colleagues also suggest that, if it is well managed, the mining of these resources also offers certain opportunities to meet some of the UN’s SDGs. In their view, these resources have the potential to help drive socio-economic development to advance the goal of eliminating poverty as sand and gravel provide labour for millions of people and they supply material for the renewable energy sector and for roads and infrastructure in general.

“Sand resources, when managed appropriately, can create jobs, develop skills usable in other sectors of the economy and spur innovation and investment, whilst continuing to underpin the infrastructure upon which modern society is founded,” Lars L. Iversen, lead author of the paper, said. “The solution is not to simply ban all mining activities. Finding the balance between the pros and cons of sand and gravel extraction is becoming one of the great resource challenges of our century.”