QUEBEC – Champion Iron of Montreal has secured US$180 million in debt financing with which to reopen the Bloom Lake iron ore […]
By Marilyn Scales July 13, 2017 At 4:36 pm 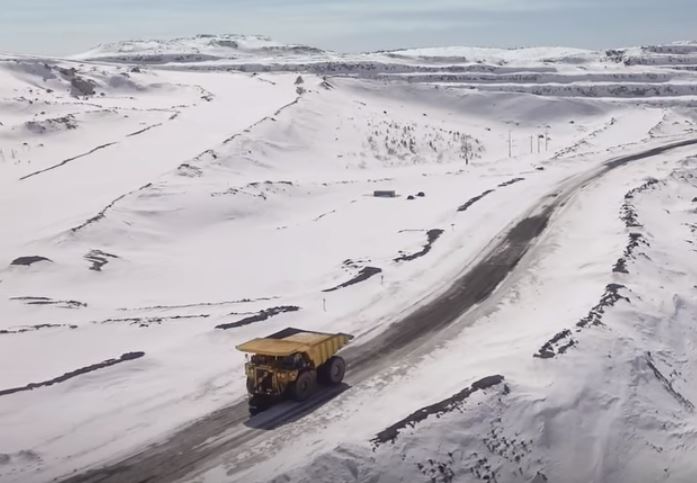 Champion Iron is preparing to restart iron ore production at Bloom Lake. (Credit: Champion Iron)[/caption] QUEBEC – Champion Iron of Montreal has secured US$180 million in debt financing with which to reopen the Bloom Lake iron ore mine 400 km north of Sept-Iles. The loan is made to Champion subsidiary Quebec Iron Ore by la Caisse de Depot et Placement du Quebec and Sprott Resource Lending. The money divided in two parts. An US$80-million five-year senior secured loan carrying an interest rate of 7.5% plus the greater of the US dollar three-month LIBOR and 1% per year. Champion will issue 3 million common share purchase warrants to Sprott. The remaining US$100 million is in seven-year subordinated notes provided by Caisse. This part of the loan carries an interest rate of 12% for the first year, and in subsequent years, the rate will fluctuate with the iron ore price. Caisse is to receive 21 million purchase warrants from Champion. The Bloom Lake property is located at the south end of the Labrador Trough, about 13 km north of Fermont. It is wholly owned by Quebec Iron, which is 63.2% owned by Champion. The balance of the operating company is held by the provincial government. Champion published an updated Bloom Lake feasibility study in February 2017 that suggested the project has a pre-tax net present value at a 6% discount of C$2.0 billion and internal rate of return of 43.9%. After taxes the NPV would be $1.2 billion and the IRR 33.3%. The feasibility study can be read at SEDAR. Also visit www.ChampionIron.com.