As part of the targeting program underway ahead of future drilling at its Tintic copper-gold project in Utah, Ivanhoe Electric (TSX: IE) recently […]
By Jackson Chen September 20, 2022 At 2:39 pm 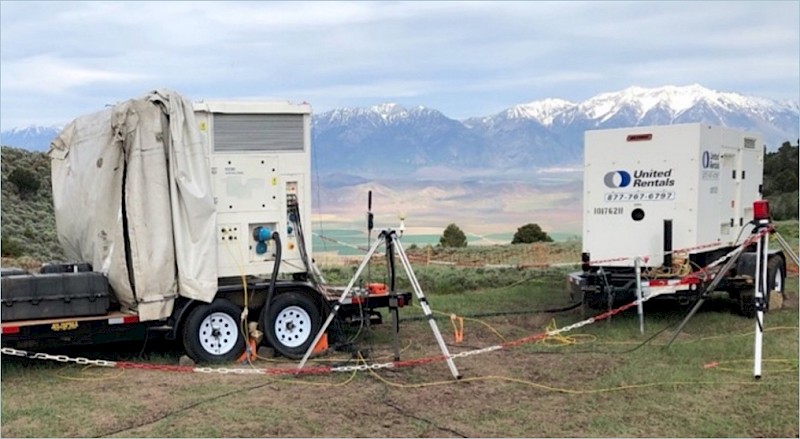 As part of the targeting program underway ahead of future drilling at its Tintic copper-gold project in Utah, Ivanhoe Electric (TSX: IE) recently resampled drill core from a number of historic holes and has received assay results indicating the presence of high-grade copper and precious metals mineralization near the historic Mammoth underground mine, specifically within the New Park Reserves area.

The New Park Reserves represents a viable exploration area identified by Ivanhoe Electric beneath the historic mine workings. The area was partially mined with crosscuts by Kennecott (now a division of Rio Tinto) and drilled in the 1960s by the New Park Mining (now Newpark Resources, an oilfield services group). Six sections from five New Park Mining drill holes were resampled, one of which assayed 1.95% copper, 1.69 g/t gold and 129 g/t silver over a length of 20.4 metres.

Speaking at the annual Denver Gold Forum on Tuesday, Ivanhoe chairman and CEO Robert Friedland said: "We continue to be astounded by the high-grade mineral potential of the Tintic district. A lot of copper, gold, silver, lead and zinc ended up at Tintic, and it certainly did not fall from the sky. These results from the New Park Reserves area continue to demonstrate that the old-timers did not mine all of the high-grade copper, gold and silver. In addition, these results provide further evidence of the presence of one or more large-scale porphyry copper-gold deposits located at depth at Tintic.

"Using our proprietary high-powered Typhoon geophysical surveying system, we completed a 72-km2, three-dimensional induced polarization and resistivity survey and imaged three large-scale anomalies – each comparable with the scale of the nearby Bingham Canyon copper-gold mine," Friedland continued.

Bingham Canyon, more commonly known as the Kennecott copper mine among locals, is an open pit operation owned by Rio Tinto. Over the past 119 years, it has milled more than 2.7 billion tonnes of copper-gold ore and produced over 20 million tonnes of refined copper metal and more than 28 million oz. of gold.

According to Friedland, Ivanhoe's geologists continue to identify new features that support the thesis that one or more of these Typhoon anomalies may be the porphyry targets that have produced all of the copper and precious metals in the historic Tintic district. "These anomalies are located at depth from surface, meaning any potential mining operation at Tintic would likely be an underground operation," he added.

Mineralization in the Tintic district was first discovered in 1869, and by 1871 significant mining camps were established in the nearby city of Eureka and the now defunct towns of Silver City and Diamond. The area saw nearly continuous mining operations from 1871 through to 2002 with variations in the level of activity and commodity extracted.

The Mammoth mine was historically one of the most significant mines in the Tintic mining district, operating between the late 1890s and the 1930s. While much of its early productive history went unrecorded, from 1901 onwards Mammoth is known to have produced approximately 1.18 million tonnes of ore grading 9.7 g/t gold, 349 g/t silver, 1.42% copper and 1.39% lead.