This past year has been a “challenging but exciting time” for Bluestone Resources (TSXV: BSR; US-OTC; BBSRF), says the company’s CEO Jack Lundin, as […]
By Canadian Mining Journal Staff July 26, 2021 At 1:50 pm

This past year has been a “challenging but exciting time” for Bluestone Resources (TSXV: BSR; US-OTC; BBSRF), says the company’s CEO Jack Lundin, as the Canadian junior progressed its Cerro Blanco gold project in southeast Guatemala, about 160 km southeast of Guatemala City.

Appointed just over a year ago, Lundin said that initially “it felt like drinking through a fire hose” given the abundance of information available on the project.

Despite the imposition of travel restrictions in Guatemala over the last eight months of 2020 due to the Covid-19 pandemic, “we were able to adapt and make progress on key areas of the project under very challenging circumstances” he said.

Since joining Bluestone at the end of January last year, Lundin has overseen a technical analysis of the entire project and completed basic engineering and trade-off studies to optimize future operations which has led to the new development scenario.

In 2020, the company completed technical, environmental, and social due diligence work and raised $92 million in equity financing to fund the project’s advancement.

A 15,171-metre infill drill program was completed last year as well, that returned the highest-grade gold intercept ever drilled on the project, intersecting 1.2 metres of 1,380 grams gold per tonne and 2,194 grams silver per tonne.

In his first role as a company CEO, Lundin brings a wealth of experience to Bluestone and intends to play an active role in advancing the industry by driving responsible development.

He foresees “a major change in the demographics of mining over the next five years as new leaders emerge.” To Lundin, this represents an opportunity to drive positive change and comes with an imperative — and his commitment — to improve the preparedness of this next generation that will shape the future of the industry.

Before joining Bluestone, Lundin was the project superintendent on Lundin Gold’s (TSX: LUG) Fruta del Norte (FDN) gold project in southern Ecuador, where, from 2016-2020, he was part of the team that took the project from the study phase into early works and through to construction.

Lundin noted that there are many parallels between FDN and Cerro Blanco. “We approached the development of FDN, which would later become the first modern underground mine in Ecuador, by engaging with the local stakeholders in a transparent manner and focusing on creating opportunities for local employment and local procurement. We are looking to replicate this model at Cerro Blanco,” he said.

Lundin Gold is one of 14 publicly traded companies owned by the Lundin Group. The group was looking for the next project to bring into operation after the success of FDN.

“As we were closing in on first gold at FDN, reaching production on time and on budget, there was an opportunity for some of us to put more focus on Cerro Blanco and for me to jump on board as CEO,” Lundin said.

The Lundin family are significant shareholders in Bluestone, with the Lundin Family Trust holding a 26% interest in the company.

Since acquiring Cerro Blanco in 2017, Bluestone has drilled 1,256 drill holes totalling 40,000 metres and conducted underground mapping and sampling on the property. (To date, a total of 184,000 metres has been drilled by Bluestone and previous operators of the property.)

“This is a high-grade near-surface deposit that has been extensively studied for many years, and so there is a lot of existing data both on the deposit itself and the environment surrounding it,” Lundin said.

A recently completed preliminary economic assessment on the project envisaged an 11-year open-pit mine producing an average of 231,000 gold oz. annually over its lifetime for total gold production of 2.4 million oz. and 10.3 million oz. of silver.

All-in sustaining costs are expected to average US$642 per oz. of gold with operating costs of US$28.78 per tonne milled over the life of the mine. According to Bluestone, this cost profile places Cerro Blanco in the lowest quartile of operating mines globally.

Initial capital costs were pegged at US$548 million, with US$173 million budgeted for sustaining capital (including closure costs) over the mine life. The resulting after-tax net present value is estimated at US$907 million, based on US$1,550 per oz. gold and using a 5% discount rate, with a 28.5% after-tax internal rate of return and an after-tax payback of 2.6 years.

Lundin said the company now plans to undertake a Feasibility Study for an open-pit mining operation and submit an Environmental Impact Assessment for the new development by the end of the year.

It also plans to drill between 5,000-6,000 metres of near-surface drilling this year to add “additional measured and indicated ounces to the resource estimate,” he said.

The company currently has US$45 million in the treasury, Lundin noted. “So, we are comfortably positioned to fund activities into 2022.”

By the end of next year, Bluestone hopes to advance Cerro Blanco to the pre-construction phase. “To achieve this, we are working on developing training programs and capacity building within the local community, with a major focus of the development on local hiring, procurement, and diversification,” he said.

“We are very excited about this new development scenario,” Lundin added. “It was not an easy decision to make, but now we have a project capable of producing over 300,000 ounces of gold per year, which is meaningful within the sector and should support higher valuations for the company and more benefits for our stakeholders.” 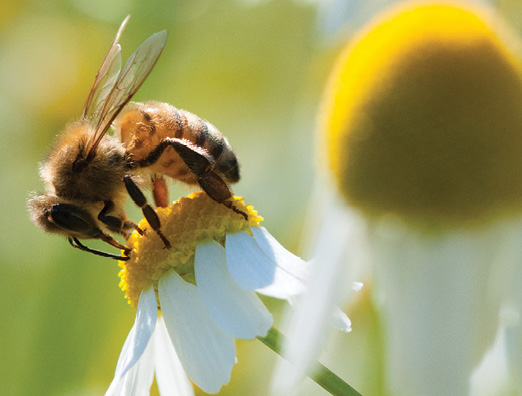