Copper is a metal vital to the world’s green energy transition – used in electrical wiring, appliances, computers, vehicle motors and smart […]
By The Northern Miner and Vortex Metals July 28, 2022 At 10:15 am 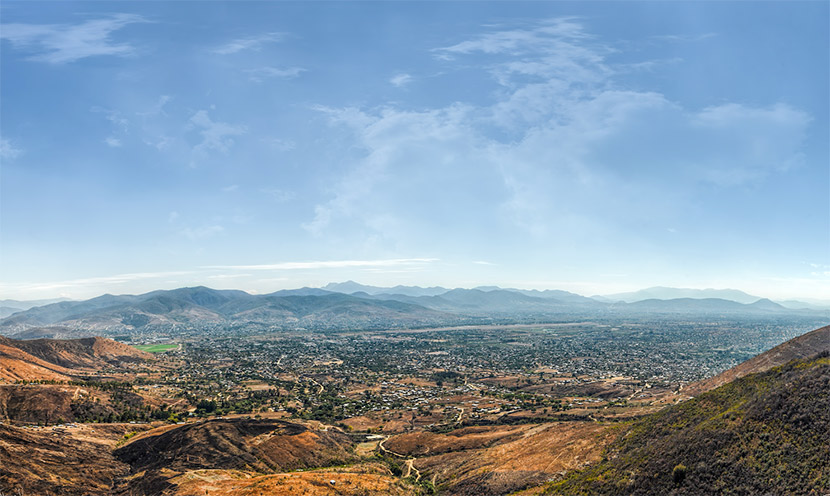 Copper is a metal vital to the world’s green energy transition – used in electrical wiring, appliances, computers, vehicle motors and smart phones. Demand can only grow – and market researcher Wood Mackenzie expects copper demand from passenger EVs alone to jump to around 2.9 million tonnes over the next decade from about 600,000 tonnes in 2021.

The story of Vortex Metals (TSXV:VMS), started with the vision of the late David Jones, a renowned geologist credited as spearheading the discovery of 4 million oz. of gold in what became the Los Filos gold deposit in Mexico, now owned by Equinox Gold.

Jones was a recognized skarn expert and created the geological model responsible for multiple discoveries in what is now known as the 20-million ounce Guerrero Gold Belt in Mexico, earning him the moniker “mine finder”.

Jones believed that both the Riqueza Marina-Zaachila (RQMZ) copper-gold projects, in Oaxaca, currently owned by Vortex Metals would be his next significant discovery and he worked over the past ten years to get the property to its current stage.

Concessions cover a cumulative area totaling 15,308 hectares within a geologic province covering about 375 sq. kilometers. Five high potential target areas have been identified on the basis of geology, geochemistry, and geophysics.

Michael Williams, Vortex Metals’ executive chair, has held that role at numerous public companies, including Underworld Resources, which sold to Kinross Gold for $138 million.  Williams says it was Jones who discovered VMS at the Riqueza Marina and Zaachila sites, which are about 15 km apart.

“He discovered, essentially, an extension of the big VMS belt that starts on the coast and heads inland,” Williams says. “This area in Oaxaca used to be very remote to get to, but in the last ten years, the government has been putting in roads. Now the infrastructure would be considered excellent – and Latin America’s largest wind farm is just down the road.”

There is significant infrastructure on site, with access to roads, highways, and the Salina Cruz Port.

“A key part of these volcanogenic massive sulphide deposits, which originally formed on the ocean floor, is the hydrothermal vent from which the metal-bearing fluids accessed the seawater and are referred to as ‘black smokers’. Dave found two of these significant features  on the property,” Williams said.

“We do know we’re onto VMS – we can see mineralized outcrops on our key targets within both the Zaachila and Riqueza Marina blocks. In one of the target areas, Rhyolite Dome, is supported by a blooming geophysical anomaly,” says Williams.

“We can always find geophysical targets, but this one comes with a geological signature right above it. These targets are some of the best I’ve seen – we’ve got multiple samples running high grade throughout the property and we’re excited to drill.”

Dr. Jim Franklin, advisor to the company and former head of the Geological Survey of Canada, states, copper-gold mineralization contained within the RQMZ projects area, as well as the Santa Marta project to the east, represent oxidized portions of VMS mineralization.

The Riqueza Marina project, along with the Santa Marta deposit to the east, are hosted by the Upper Jurassic-Lower Cretaceous package of metasediments and metavolcanics that represent a back-arc system, and can be traced for over 200 km, Franklin states.

Franklin also indicated that the geological setting is similar to the world class Noranda VMS camp in Quebec, Canada.

Vortex Metals’ senior geologist Robert Johansing authored the NI 43-101 technical report in 2020, and confirmed during due diligence widespread copper-gold mineralization in outcrops at several of the target areas.

“I was impressed by the widespread  copper oxides covering  extensive areas,” Johansing says. “They refer to these as gossans – these are basically masses of iron oxides which represent oxidized sulphides.

“I visited sample sites with Dave Jones which yielded very high copper grades – up to 10%. He spent years defining these areas,” he notes.

“These are very extensive zones of copper oxides. The geology is classic for a VMS deposit. The report, and visits, support the idea that this is a VMS prospect of high merit – while it is still at the exploration stage.

“It’s something new and significant in Mexico, and if we’re right, it will make a great story,” Johansing says.

On the ESG front, Vortex Metals’ community relations representative on the ground has engaged with local communities. They report positive feedback, and are making progress towards permitting.

Following a C$4.5 million capital raising in 2021, the company is fully funded for a C$1.5 million drill campaign, targeted for the fourth quarter 2022 and the first quarter 2023.

“Investors in the junior mining space have always been the most excited about finding the next big discovery,” says Vikas Ranjan, Vortex’s CEO and co-founder.  “Vortex is excited to introduce our new VMS projects within this emerging copper-gold camp in southern Oaxaca. We are committed to advancing the project and realize the dream of finding the next big mineral deposit, that David Jones so passionately believed in.”