A recent article Gates, Bezos-backed firm searching for cobalt in Canada (www.mining.com, Jul. 7, 2020), highlighted some of the recent positive events for […]
By Magda Gardner September 24, 2020 At 12:44 pm 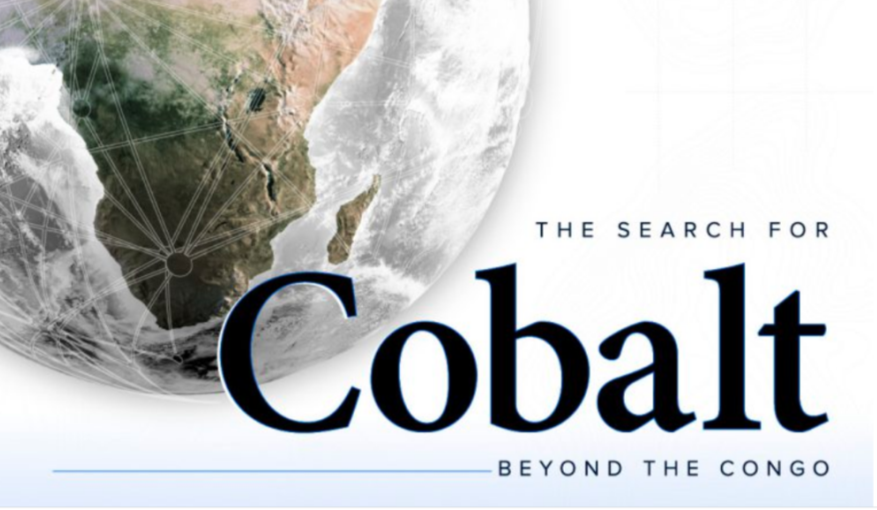 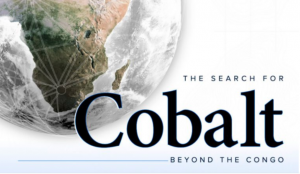 Search for cobalt Credit: Fuse Cobalt[/caption] A recent article Gates, Bezos-backed firm searching for cobalt in Canada (www.mining.com, Jul. 7, 2020), highlighted some of the recent positive events for cobalt exploration in Canada and a company that these tech gurus have formed, KoBold Metals. KoBold Metals is a start-up mining venture set to explore for cobalt in Canada, one of the most prolific mining regions in the world. Not only does Canada have mining friendly laws, but mining makes up a sizable portion of GDP and employment in the country.  Here, safe and responsible mining operations are the normal course of business in this industry for centuries. KoBold Metals has acquired rights to an area in northern Quebec, just south of Glencore's Raglan nickel mine. KoBold is a start-up backed by a coalition of billionaires led by Bill Gates (founder of Microsoft), and plans to scour for cobalt in Canada using advanced mapping technology and it’s targeting northern Quebec, just south of Glencore’s Raglan. KoBold’s backers include big names such as Gates and world-renowned venture capital firm Andreessen Horowitz and Breakthrough Energy Ventures. The latter is financed by well-known billionaires including Jeff Bezos (founder of Amazon), Michael Bloomberg (founder of Bloomberg LP and former NYC Mayor), and Richard Branson (founder of Virgin Group and Virgin Galactic). [caption id="attachment_1003741956" align="aligncenter" width="550"] 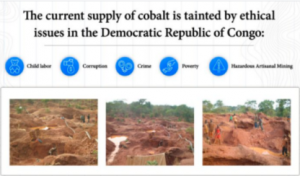 Cobalt supply Credit: Fuse Cobalt[/caption] These global business leaders are banking on the fact that cobalt is in demand and that Canada is a preferred place to look for this sought-after metal.  Cobalt industry giants like Glencore, the world’s largest producer of cobalt, also agree and have recently funded $45M towards the start-up of North America’s only permitted cobalt refinery in Ontario, Canada (Glencore Investment News).  Another company that has recently emerged in the EV battery energy metal exploration space in Canada is Fuse Cobalt: www.FuseCobalt.com, (TSXV: FUSE, OTCQB: FUSEF FRA:43W3). Fuse is a Canadian-based mineral exploration company focused on the exploration of high value metals required for the manufacturing of batteries, specifically cobalt and lithium. Of note, Fuse has a long-term business relationship with a significant cobalt producer and multinational corporation, Glencore, having purchased the Glencore Bucke Cobalt property from them, which added to its extensive cobalt exploration land position in Canada.  Here, Fuse now owns 100% the Teledyne cobalt property, which is 10 times larger than the Glencore Bucke cobalt property. These cobalt properties are located in the historic cobalt mining region of Cobalt, Ontario, Canada, only 5 km away from a Glencore-funded and permitted cobalt refinery that is in the process of being recommissioned.   These Fuse-owned cobalt properties have three distinct commercial supply agreements with Glencore, namely a back-in provision, a production royalty and an off-take agreement. “Fuse is in a great position to capitalize its existing exploration infrastructure on its Canadian cobalt properties, both the Teledyne and Glencore Bucke properties," Mr. Setter, Fuse president and CEO, said in a release.  "It would cost over $25 million today to recreate this infrastructure which is a huge benefit to our shareholders.  This, together with the close proximity to an experienced mining labor force and nearby North America’s only permitted cobalt mill and refinery will make us very attractive investment similar to KoBold Metals.” “Historically, the immediate area around the Fuse Canadian cobalt property assets, form the southern extension of the past-producing Agaunico Mine property," Mr. Setter added. Historically, the Agaunico Mine produced 4,350,000 lbs. of cobalt and 980,000 oz. of silver during the mining boom of the early 1900’s (Cunningham-Dunlop, 1979).   Not that long ago, past drilling results on the Ontario cobalt properties revealed intersections of 21.9% cobalt over 0.36 metres and 18.7% cobalt over 0.15 metres at Teledyne cobalt property (News Release Jan 18, 2018), and intersections of 8.42% cobalt Over 0.30 metres on the Glencore Bucke property (News Release Jan 17, 2018).  Fuse is in a great location inside Canada to find another significant cobalt deposit.”