Marathon Gold (TSX: MOZ) is moving the Valentine gold project forward thanks to new permits and stakeholder agreements. The project is located […]
By Marilyn Scales July 18, 2022 At 11:25 am 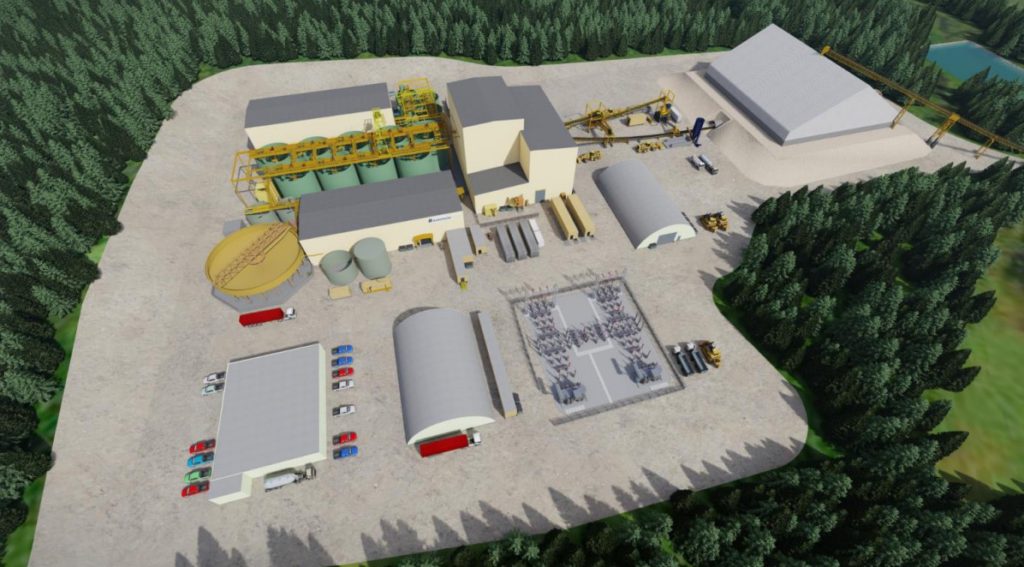 Marathon Gold (TSX: MOZ) is moving the Valentine gold project forward thanks to new permits and stakeholder agreements. The project is located in central Newfoundland, and Marathon is the 100% owner. When production begins late in 2023 at 173,000 oz. gold per year, it will be the largest such mine in the province.

The company has received the surface lease for the project from the Newfoundland and Labrador government. The mining leases were issued in June covering the development of the Marathon and Leprechaun deposits for 20 years.

NL Hydro has reviewed and okayed the environmental application the 40-km-long power line. Construction of the line will begin from the Star Lake hydroelectric station to the mine site as soon as the project is released from the federal environmental assessment, which is ongoing.

Marathon has signed a benefits agreement with the province. It represents a commitment by the company to maximize the economic benefits of the project through employment, skills, development, contracting, supplier development, and the involvement of groups traditionally under-represented in the mining sector. Accompanying the agreement is a gender equity, diversity and inclusion plan, which includes targets for women, persons with disabilities, visible minorities, and Indigenous persons.

Marathon also concluded an outfitters environmental effects monitoring plan with the Newfoundland and Labrador Outfitters Association. It builds on the memorandum of understanding with NLOA signed in October 2021 and establishes a framework to assess any potential construction, operation, decommissioning, and monitoring of the mitigation measures outlined during the environmental assessment. The plan includes impacts on outfitting businesses such as wildlife and fish resources or diminished client experiences. The agreement also covers financial compensation when economic impacts are determined.

“The Valentine gold project promises to be an important cornerstone of the Newfoundland and Labrador economy for many years, and will be particularly important to the communities of central Newfoundland,” Marathon president and CEO Matt Mason said in a news release. “This benefits agreement reflects our commitment to maximizing the benefits that will flow to the province from the project throughout its life.

“We are looking forward to final release from the federal environmental assessment process, and the commencement of construction.”

Early site work at Valentine Lake is to begin in the third quarter this year.

Included is a high-grade, open pit M+I resource of 38.5 million tonnes grading 2.73 g/t gold for 3.4 million contained ounces. This material is designated as direct mill feed in the mine plan.

More details about the project can be found at www.Marathon-Gold.com.