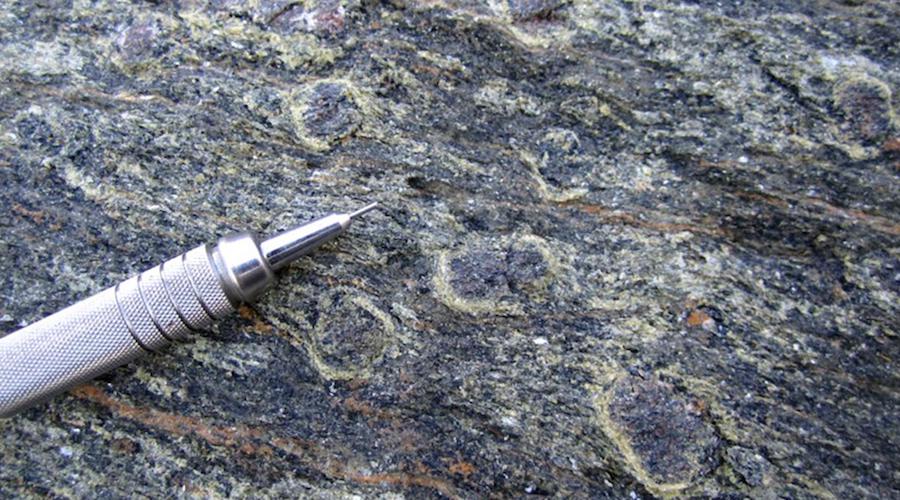 Minerals are visible in rock samples from the coast of Oman. (Image by Joshua Garber, courtesy of Penn State University).

A key suite of garnet, zircon and rutile found on the coast of Oman and dating between 81 to 77 million years has given scientists a new understanding of subduction, an important tectonic process that fuels volcanoes and creates continents.

In a paper published in the Journal of Geophysical Research: Solid Earth, the team behind the new findings explains that subduction occurs when two tectonic plates collide, and one is forced under the other. Where oceanic and continental plates meet, the denser oceanic plates normally subduct and descend into the mantle.

Occasionally, oceanic plates move on top, or obduct, forcing continental plates down toward the mantle instead. But the buoyancy of the continental crust can cause the subduction to fail, carrying the material back toward the surface along with slabs of oceanic crust and upper mantle called ophiolites.

“The Samail Ophiolite on the Arabian Peninsula is one of the largest and best-exposed examples on the surface of the Earth,” Joshua Garber, co-author of the study, said in a media statement. “It's one of the best-studied, but there have been disagreements about how and when the subduction occurred.”

To address such disagreements, he and his colleagues investigated the timing of the subduction using nearby rocks from the Saih Hatat formation in Oman, which was subducted under the Samail Ophiolite.

Heat and pressure from the process created garnet, zircon and rutile crystals as highly metamorphosed rocks that saw the most extreme conditions during subduction. Using dating techniques that included measuring isotopic dates and trace elements, the scientists determined these minerals all formed at roughly the same time 81 to 77 million years ago.

“What's interesting about this is that they were all dated by slightly different methods, but they all gave us essentially the same results,” Garber said. “This tells us that all the minerals in the rocks have a coherent story. They all record the same metamorphic episode at the same time.”

According to the researcher, these findings dispute previous results that estimated the event began 110 million years ago and happened in separate phases.

“What our findings suggest is that this continental material was not subducted deep into the mantle a long time before the ophiolite formed, as previously thought,” Garber said. “Our data support a nice sequence of events that happened in a tighter window and that makes more geological sense.”

For the scientist and his team, the subduction of the continental margin occurred after the obduction of the Samail Ophiolite. The most deeply subducted continental material was likely anchored to more dense rocks, and when this anchor broke, the buoyant continental rocks exhumed, first quickly, and then slowly during a lengthy residence in the lower to the middle crust. It eventually became exposed in tectonic windows through the ophiolite.

“Subduction is a really big part of plate tectonics on Earth,” Garber said. “It's the major recycling mechanism for surface material to the deeper mantle, so understanding how they eventually evolve into stable subduction zones or how they end very quickly is of great interest.” 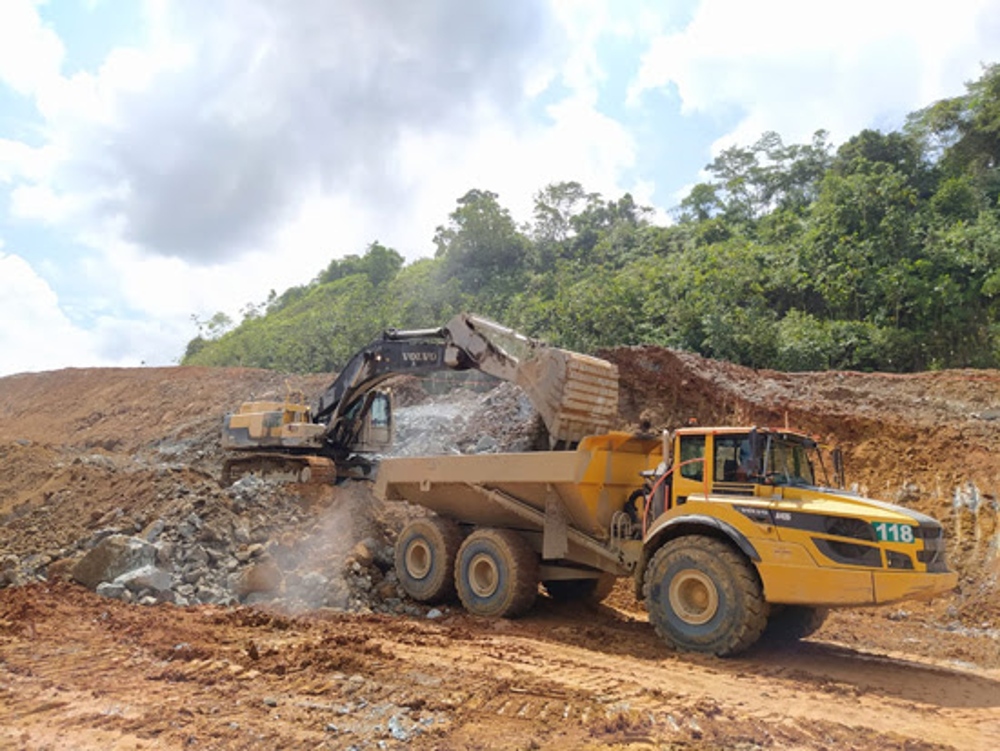