Mountain Province Diamonds (TSX: MPVD) said on Tuesday it had added three strategic claims to its Kennady North project, which is adjacent […]
By Cecilia Jamasmie November 23, 2021 At 8:42 am 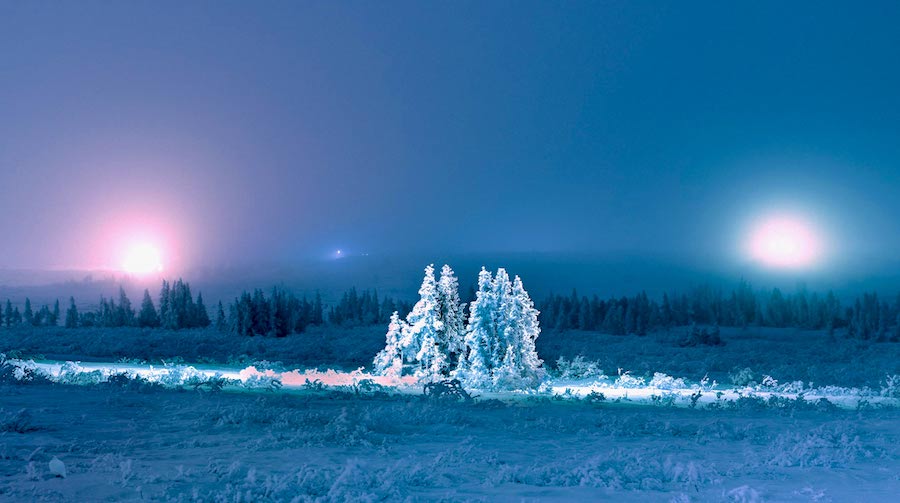 The Kennady North diamond project lies on the edge of the continuous permafrost zone in the Northwest Territories of Canada. (Image courtesy of Mountain Province Diamonds.)

Mountain Province Diamonds (TSX: MPVD) said on Tuesday it had added three strategic claims to its Kennady North project, which is adjacent to its 49%-owned Gahcho Kué mine in Canada’s Northwest Territories.

The diamond producer, which increased the exploration project area by 35% last year, said that new claims were of high logistic importance.

“Their omission from the Kennady North Project created logistical and exploration challenges in assessing indicator mineral and geophysical data both up- and down-ice of the claims,” Mark Wall, who assumed as the company’s chief executive last week, said in the statement.

With the properties now part of its portfolio, Mountain Province will ramp up exploration in the area, located east of “significant” clusters of kimberlite indicator minerals, as well as the previously identified MZ Kimberlite, Wall added.

The winter 2022 program, set to start early next year, will include up to 2,000 meters of exploration drilling on the North and South Anomalies and additional ARRT surveys over the Bob Camp area and other areas of interest.

Kennady North is 100%-owned and operated by Mountain Province through its subsidiary, Kennady Diamonds. Its flagship operation, however, is Gahcho Kué, in which mining giant De Beers has a 10% stake.