New Age Metals (TSXV: NAM; OTC: NMTLF) has encountered palladium mineralization in all four drill holes completed in 2021 at the the Banshee […]
By Jackson Chen April 20, 2022 At 11:46 am 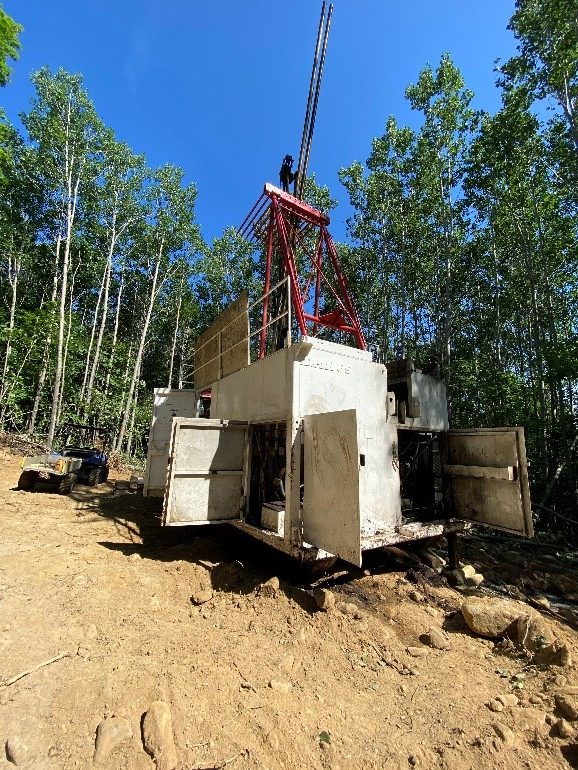 New Age Metals (TSXV: NAM; OTC: NMTLF) has encountered palladium mineralization in all four drill holes completed in 2021 at the the Banshee zone of its River Valley deposit near Sudbury, Ont.

“Drilling continues to demonstrate strength and continuity of the palladium mineralization at River Valley. This is the first drilling completed at Banshee zone since 2004," New Age Metals chairman and CEO Harry Barr commented. "Intersecting the palladium mineralization after almost 20 years is very encouraging, as we plan to expand the Banshee zone by drilling multiple down-dip and footwall targets in 2022.”

Banshee was last drilled between 2002 and 2004, and is currently defined by 22 diamond drill holes totaling 4,274 metres, together with surface outcrop exposures. The mineralized zone measures 700 metres long and up to 100 metres wide, drilled to an average depth of 134 metres vertically below surface.

Initially, New Age Metals planned a total of 13 holes (4,175 metres) for the 2021 summer drilling, designed to expand the zone by stepping out distances of 25 to 50 metres below the base of the resource. However, drilling was paused on completion of the fourth hole, as the company turned to site investigation work for the PFS.

The next steps at the Banshee zone are to complete the nine drill holes (2,875 metres) remaining from the 2021 planned program.

More details on the River Valley project can be found at www.NewAgeMetals.com.