Newmont (TSX: NGT; NYSE: NEM) is buying out its partner, Compañia de Minas Buenaventura, at the producing Yanacocha gold-silver-copper mine in Peru. […]
By Canadian Mining Journal Staff February 8, 2022 At 2:17 pm 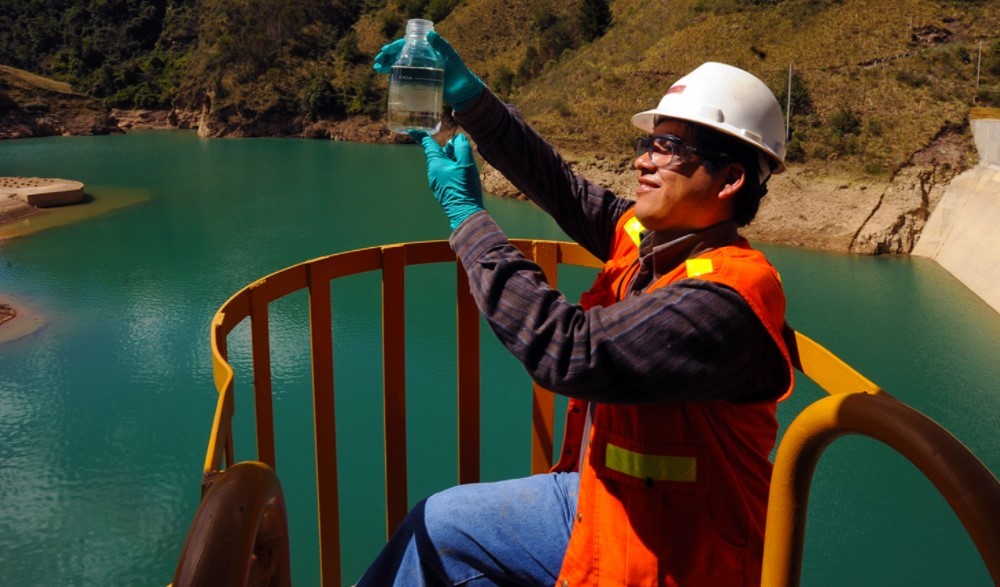 Sampling water quality at the Yanacocha mine site in Peru. Credit: Newmont Corporation.

Newmont (TSX: NGT; NYSE: NEM) is buying out its partner, Compañia de Minas Buenaventura, at the producing Yanacocha gold-silver-copper mine in Peru. The gold miner has offered US$300 million up front for Buenaventura’s 43.65% interest, plus up to US$100 million more dependent on higher metal prices.

At the same time, Newmont will transfer its 47% interest in the La Zanja gold and silver joint venture with Buenaventura to its partner in exchange for royalties on any future production. Newmont will also contribute US$45 million toward future closing costs at La Zanja, which is also in Peru.

Yanacocha is South America’s largest gold mine, producing about 350,000 oz. of gold annually. Newmont has prepared a feasibility study for what it calls the ‘Yanacocha sulphides’ project. The first phase, mining the Yanacocha Verde and Chaquicocha deposits, will extend the mine life beyond 2040.

The company is committed to spend at least US$500 million through this year with a full funding decision to come by year-end. The total investment will be US$2.6 billion with production averaging 525,000 oz. gold-equivalent for the first five full years (2017-31). All-in sustaining costs during those years would be US$700 to US$800 per gold-equivalent ounce. The first phase includes the construction of an autoclave. The second and third phases would further extend mine life.