One of the largest gold mines in Canada and globally, the Musselwhite mine in northern Ontario, recently commemorated its 25 years of commercial […]
By Jackson Chen September 26, 2022 At 1:46 pm 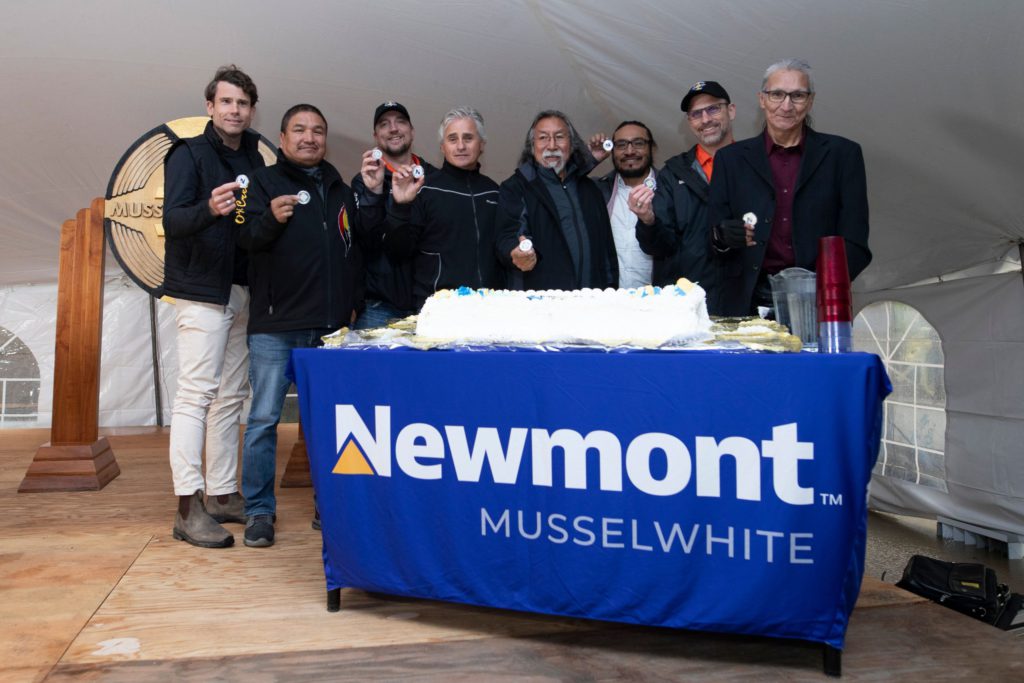 On Sept. 20, Newmont’s Musselwhite mine celebrated its 25 years of commercial production. Credit: Newmont

One of the largest gold mines in Canada and globally, the Musselwhite mine in northern Ontario, recently commemorated its 25 years of commercial production.

Since the commencement of the Musselwhite agreement in 1992 and the first commercial production in April 1997, the Musselwhite mine has produced more than 5 million oz. of gold. In 2021, Musselwhite employed 737 people and invested $320,000 into the nearby communities.

“In the six months that I have joined the team I’ve learned first-hand that Musselwhite is an outstanding example of how sustainable and responsible mining rooted in partnerships with our Indigenous communities can create shared prosperity and success,” said Mark Kiessling, general manager of the Musselwhite mine.

At the celebration, Frank McKay, CEO of Windigo First Nation Council, remarked. “As we look toward to the future and another 25 years, let us learn from the lessons of the past. If we continue to work co-operatively and towards common interest, communicate honestly and with transparency, and respect each other for the knowledge and strength each of our parties bring to the table, I know we will face and conquer all challenges ahead. Migwech.”

Musselwhite’s 25-year achievement was also applauded by Newmont leadership. “I’d like to extend my congratulations to all employees, Indigenous community members and partners that were involved with this 25-year milestone of the first gold bar pour at Musselwhite in 1997,” said Mark Rodgers, Newmont’s senior vice-president for North America. “Musselwhite demonstrates the value of the northwestern Ontario mining jurisdictions and reinforces the commitment made by all to safe and responsible mining.”

The Musselwhite underground mine is located on the traditional territory of North Caribou Lake First Nation, approximately 500 km north of Thunder Bay, Ont.