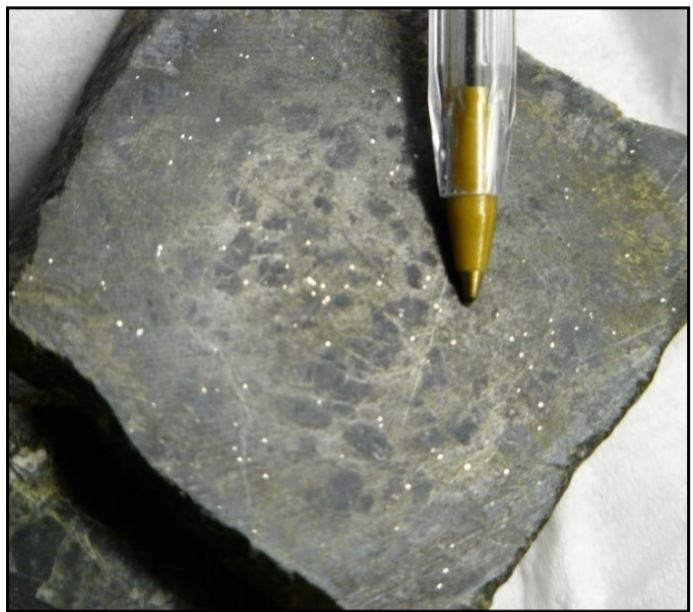 The ore mineral at the Decar project is awaruite, a naturally occurring nickel-iron alloy. (Image: FPX Nickel)[/caption] BRITISH COLUMBIA – Vancouver-based FPX Nickel says recent testing puts the nickel recovery rate from its Decar nickel-iron project at 94%. Samples from the Baptiste deposit were ground to 80% passing 90 microns to reach the 94% rate, compared to 90% as reported in February 2019. A better recovery rate will have a positive effect on project economics, according to president and CEO Martin Turenne. Recent tests were based on conventional flowsheet parameters – grinding, magnetic separation and flotation. Flotation of the awaruite nickel minerals was based on pH-modulated, collector-based flotation processes. A clean nickel concentrate grading 63% to 65% was consistently produced. A by-product 60% to 65% iron concentrate was also produced. If the iron concentrate find a market, the Decar economics become even more positive. FPX says the improved recovery is due to optimization test work of the flotation process and elimination of a stage of sample handling in the laboratory work. This resulted in a fresh sample, rather than one that was dried and stored as in the earlier tests. The Decar project 80 km north of Fort St. James has indicated resources of 1.84 billion tonnes grading 0.123% nickel for 5 billion lb. of contained metal. The inferred resource is 390.8 million tonnes at 0.115% nickel for 988 million lb. of nickel. Find more information at www.FPXnickel.com.