Noront Resources (TSXV: NOT) said on Tuesday it has chosen to go with the latest bid put forward by Australian billionaire Andrew […]
By Cecilia Jamasmie December 21, 2021 At 6:51 am 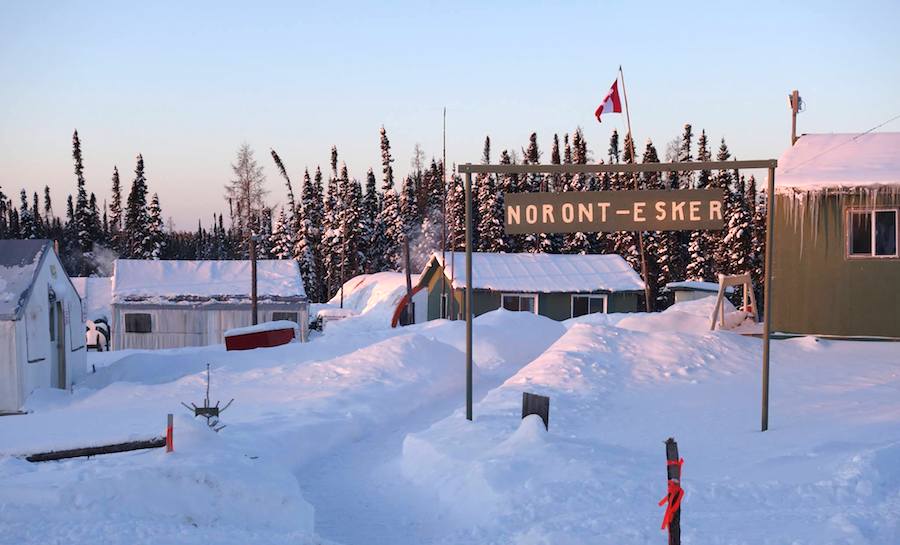 Esker Camp at the Ring of Fire. (Image courtesy of Noront Resources | Facebook.)

Noront Resources (TSXV: NOT) said on Tuesday it has chosen to go with the latest bid put forward by Australian billionaire Andrew Forrest's Wyloo Metals, but has given BHP (NYSE: BHP; LON: BHP; ASX: BHP) five business days to match the offer.

The world’s largest miner, however, said later in the day it did not see “adequate long-term value” in raising its $0.75 a share bid to match Wyloo’s.

Last week, Wyloo sweetened its offer for the shares it doesn’t already owns in the Canadian miner to $1.10 apiece, trumping BHP’s by 35 cents.

Earlier in the month, BHP ended its talks with Wyloo as the world’s largest miner was unable to win backing from Forrest's company — already a major shareholder in the Canadian company — for its offer.

The two Australian miners have been engaged in a tug of war with competing offers for Noront since July. At stake is the takeover target’s early-stage Eagle’s Nest nickel and copper deposit in the ‘Ring of Fire’ in northern Ontario.

The asset has been billed by Wyloo as the largest high-grade nickel discovery in Canada since the Voisey’s Bay nickel find in the eastern province of Newfoundland and Labrador.

The mine’s start date has repeatedly been pushed back by Noront due to successive federal and provincial governments’ inability to consult and reach a unanimous agreement with First Nations in the area.

Forrest, chairman and founder of iron ore producer Fortescue Metals Group (ASX: FMG), plans to lead a new board of directors at Noront if the takeover approach is successful.

The match between the two is the latest evidence of the rush global miners are in to secure an adequate supply of battery metals ahead of an imminent surge in demand for electric vehicles.

Tesla boss Elon Musk has expressed worries about a looming nickel shortage. He pleaded with miners last year to produce more nickel, promising a “giant contract” for supply produced efficiently and in an “environmentally sensitive way.”

The U.S. EV giant inked in October a multi-year nickel supply deal with New Caledonia’s Prony Resources. The contract guarantees it about 42,000 tonnes of the metal needed to produce the batteries that power its EVs.

Tesla also has a similar agreement with BHP.