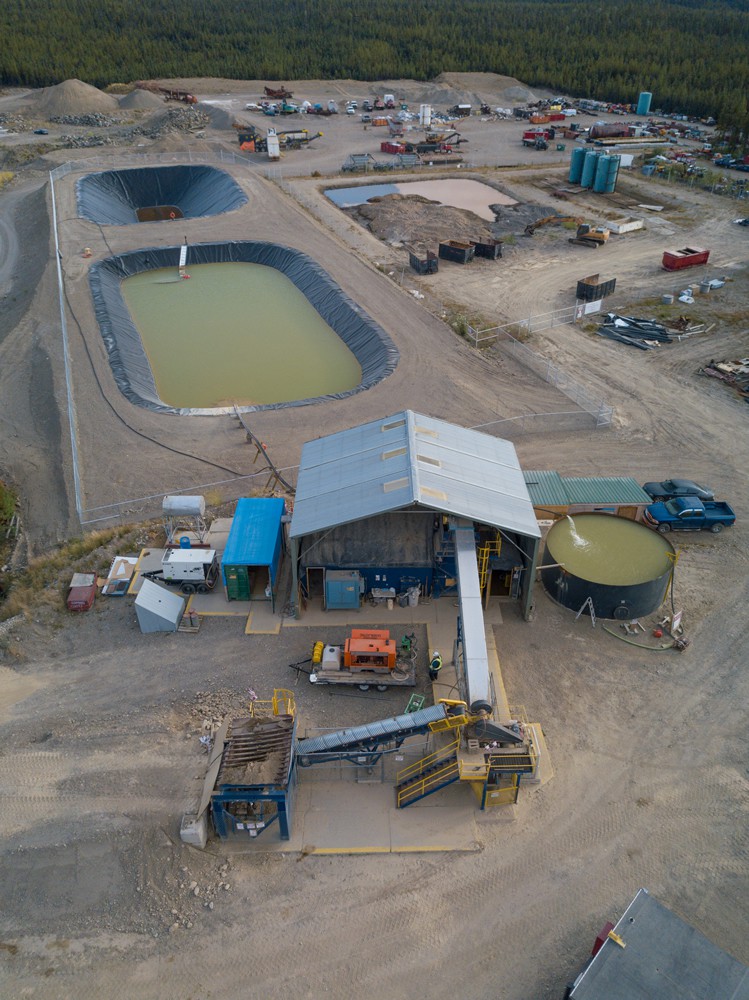 Vancouver - Golden Predator Mining Corp.  is pleased to announce that as of April 19, 2019, the Company’s test processing plant, the first of its kind in Yukon, Canada, recommenced operations and processing of the 2018 3 Aces Project bulk sample following the winter hiatus.   The processing facility is operating 96.2% of the available hours since restart, with minimal downtime for maintenance, and averaging 49.4 dry tonnes/day. Results from the processing, and contained gold recovered, will be reported following confirmation of assays. [caption id="attachment_1003728694" align="alignnone" width="395"] Yukon Processing Plant. Courstesy Golden Predator[/caption] As we increase our understanding of the metallurgical and geological information from the bulk sample program we continue to improve recovery and operating efficiencies at the plant. The plant is now connected to the electrical grid, operates without the use of chemicals and realizes over 85% recovery of contained gold. The Company intends to complete the processing of the 2018 material over the coming months and conduct an additional bulk sample in 2019 at the 3 Aces project as part of its 2019 exploration program. A total of approximately 9,800 tonnes of material was systematically excavated in 2018 from a series of 2m benches in the Spades Zone of the 3 Aces Project in southeastern Yukon.  Approximately 20% of the excavated material was transported to the processing facility before year-end, with the remainder to be transported in 2019.  It is expected the plant will process the 2018 bulk sample until Q3/19 with results and progress reports on a monthly basis.  Final reconciliation of recovery, tonnes and grade will be released for each bench as well as for the combined 9,800 tonne sample following complete processing and refining of the gold.  An additional  bulk sample, of up to the permitted 10,000 tonnes, is expected to be outlined and planned during Q2/19 with actual bulk sampling activities expected to commence in Q3/19.  Processing activities associated with the planned 2019 bulk sample will continue  into Q3/20. Doré bars poured by the Company from #1 concentrate are sent to a commercial refinery for final processing. The most recently poured doré bar contained 86.28% gold and 7.63% silver as reported by Asahi Refinery. Alternate processing methods are required for  the #2 concentrate and the Company is currently finalizing plans for processing of the #2 concentrate. Total gold recovery of #1 and #2 concentrates is anticipated to be over 85% recovery of contained gold. Results of previous bulk sample reconciliations are available at: www.goldenpredator.com. 3 Aces Project – Bulk Sample Program Overview The Company designed its 2018 bulk sample program to reconcile actual grade against grade predicted by drill results, confirm the pattern of gold distribution, improve metallurgy, and begin to understand rock mechanics. The bulk sample was planned utilizing a 3-D Leapfrog Edge model compiled from RC and core drilling in the Spades Zone including the close spaced drilling reported in September 2017 (GPYNR17-21).  In the rigorous sampling process, material was excavated, segregated and processed to  precisely correspond to specific 2 cubic meter blocks of model-predicted grade. The overall projected grade for the entire bulk sample is estimated at 20 g/t gold.  Estimates of grade and tonnage from our bulk sampling program are specific to the limited and defined areas targeted by the study and should not be treated as representative of overall grade and tonnage of any deposit.  There is no current mineral resource or mineral reserve on the 3 Aces project and further exploration work is required to define a mineral resource. The  material processed to date is from the lower grade and/or smaller tonnage upper benches including 1203 m, 1201 m and 1199 m.   During excavation of these upper benches, several new gold-bearing veins have been identified that were not intersected in previous drilling.  Although drilling of the Spades Zone was tightly-spaced, bulk sampling has exposed previously unknown vein orientations and veining. New geological information has already been gained from the early stages of the bulk sampling. Golden Predator made an early decision to bulk sample at its 3 Aces Project when it realized that much of the gold contained in its veins is high grade (not uncommonly over 30 gtt gold) and nuggety. The ‘nugget effect’ occurs when the gold is not distributed evenly throughout the deposit but rather is accumulated in clumps within the veins with visible gold often sitting loosely in open spaces (vugs) and along fractures. This form of mineralization often frustrates the conventional drilling and sampling processes. The best way to determine the true gold value of a nuggety gold system is to conduct large scale bulk sampling.  The high grade nature of the gold occurrences at 3 Aces should largely offset the cost of this work. To eliminate the cost of shipping bulk sample materials outside of Yukon, and to effectively manage the processing costs, Golden Predator built its own closed system processing plant with a skilled team that, based on 2018 performance, operates at over 50 tonnes per day (tpd). The plant is a relatively simple gravity circuit utilizing a closed circuit water system with no chemicals due to the free-milling nature of 3 Aces gold. By having its own local pilot plant, the Company is able to address the security issues of gold recovery with much greater confidence than if done by a third party.  An additional consideration was the benefit to the community from retaining capital expenditures,  jobs, skills and knowledge in the Yukon. 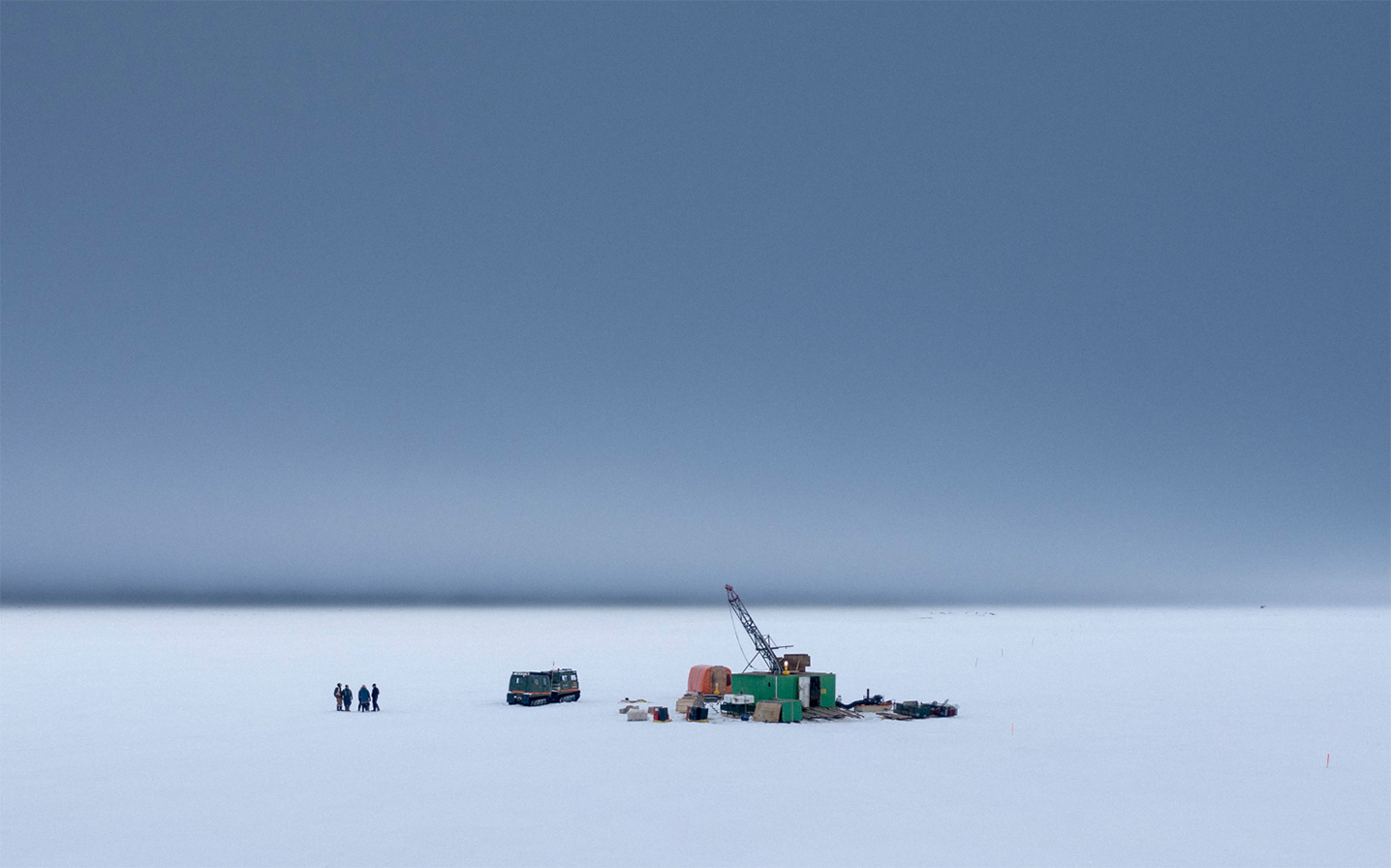