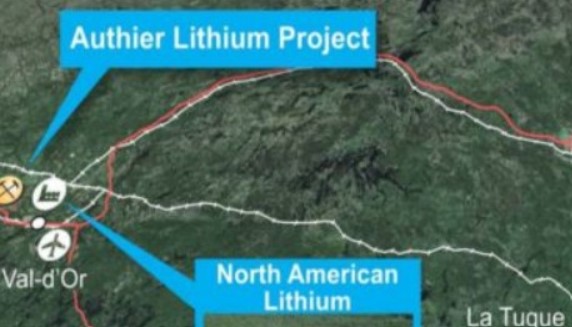 Site of the Authier lithium project near Val d’Or, Que.

Australian-listed Sayona Mining (AXE: SYA; OTC: DMNXF) has raised A$50 million ($46.7 million) though a recent equity offering. The company plans to use the net proceeds toward the acquisition of North American Lithium. The 60 million shares were priced at A$0.075 each, and the offering was oversubscribed.

Sayona has made a bid to acquire North American Lithium (NAL) and its Authier lithium carbonate project in Quebec. The former mine 60 km north of Val d’Or has proven and probable reserves of 17.1 million tonnes grading 0.94% lithium oxide. The U.S. Atomic Agency bought 3,800 tonnes of lithium carbonate from 1955 to 1965 from a former operator at the site. Production restarted in 2017, but NAL sought creditor protection in February 2019.

More information is posted at www.SayonaMining.com.au.