Sigma Lithium mine in Brazil to benefit from new rules

Sigma Lithium (TSXV; NASDAQ: SGML) said on Tuesday its 25%-ready Grota do Cirilo lithium project in Brazil will benefit from a presidential decree […]
By Cecilia Jamasmie July 12, 2022 At 9:58 am 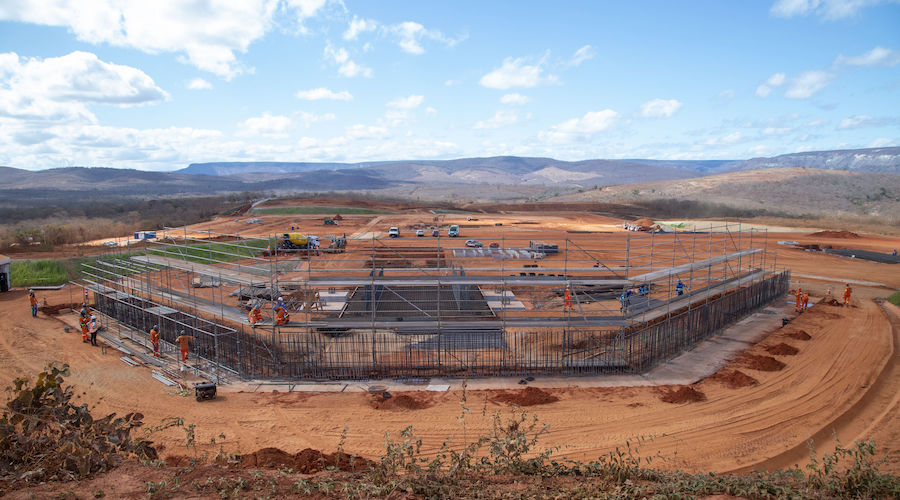 Construction at the Grota do Cirilo lithium project in Brazil. (Image courtesy of Sigma Lithium.)

The Brazilian government has simplified foreign trade procedures on export of lithium and its derivatives by eliminating the requirement to solicit quotas and export authorizations from the nuclear authority.

The measure is expected to boost lithium investments, with the Vale do Jequitinhonha region in Minas Gerais state, which hosts most of Brazil’s lithium reserves, forecast to attract 15 billion reais through 2030.

Sigma Lithium’s US$5.1 billion Grota do Cirilo, the largest hard rock lithium deposit in the Americas, is expected to produce 531,000 tonnes of lithium per year from two deposits, it said.

The Vancouver-based company, which has a market value of $1.88 billion, is building the project in phases, with the initial mine on track to be commissioned in December this year.

“The continuous advance of final construction drawings towards 65% completion also allows us to plan for the total amount of bulk construction material to be utilized, potentially extending our management of our supply chains,” Calvyn Gardner, co-CEO and co-chairperson of Sigma Lithium said.

An April feasibility study anticipated an eight-year operating life for the first phase, which it valued at US$1.6 billion. Overall, the project has potential to deliver battery-grade lithium for 13 years once it’s built.

Sigma noted that it has obtained a requested extension of its current environmental licenses to allow for the simultaneous mining of the north pit and the south pit in phase 1.

“The expansion also makes the municipality of Araçuaí (where the south pit is located) eligible to receive royalties from Sigma Lithium’s production, sharing them with Itinga where the north pit and the production plant are located,” it said in Tuesday’s update.

Grota do Cirilo will be powered by a hydroelectric project located 50 km away from the site and serve what Sigma dubs the emerging Atlantic supply chain for batteries and electric vehicles manufactured in North America and Europe.

Sigma expects a bifurcation in the market as growth outside of China accelerates with environmental factors including water, energy use and tailings becoming increasingly important to how producers are assessed.

The company’s co-CEO, Ana Cabral-Gardner, believes that Brazil has the potential to become a “green lithium powerhouse”.