VANCOUVER – Alexco Resource has received a draft water licence from the Yukon Water Board for its Keno Hill silver operation, and is […]
By Alisha Hiyate June 24, 2020 At 2:40 pm 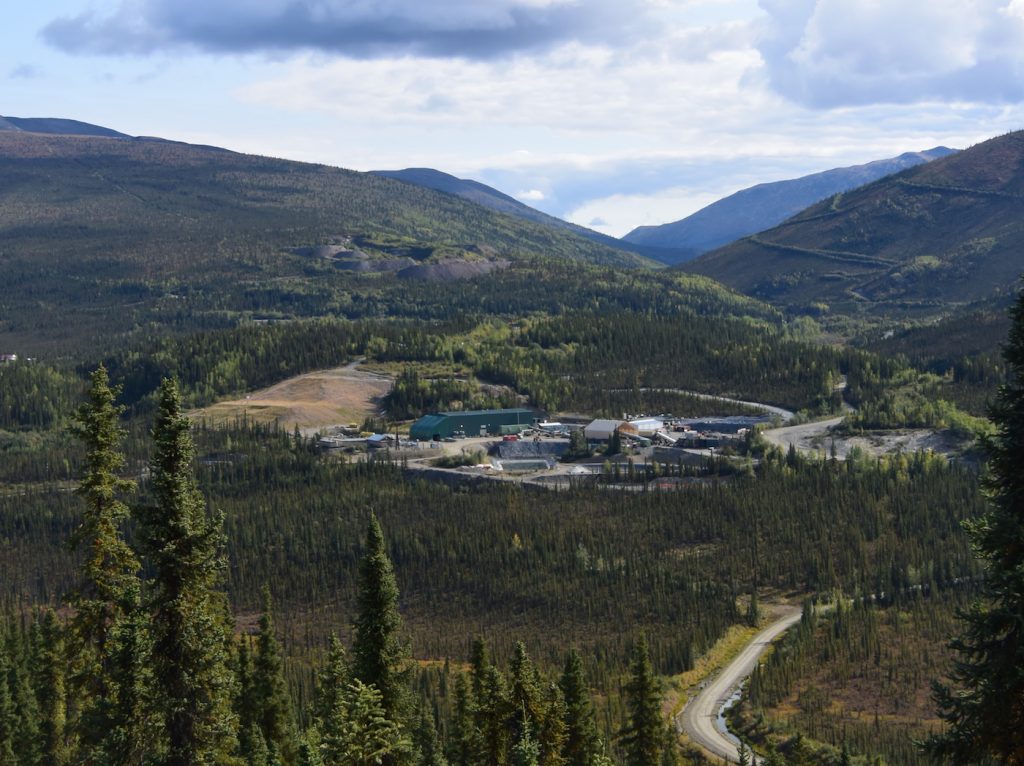 The mill at Alexco Resource's Keno Hill project in central Yukon. Credit: Alexco Resource[/caption] VANCOUVER – Alexco Resource has received a draft water licence from the Yukon Water Board for its Keno Hill silver operation, and is moving forward with plans to produce its first concentrate before the end of the year. While the draft amended and renewed water licence does not include the Lucky Queen and Onek deposits, it does include three of four deposits in the mine plan for the project, located 350 km north of Whitehorse, as well as the mill. Mining at Lucky Queen is not planned until later in the mine life, giving the company time to amend the permit. Alexco received a new quartz mining licence for the four deposits in the mine plan in December. “The receipt of the draft Water Use Licence provides us with the proposed terms and conditions of the final WUL and represents an important regulatory hurdle we had to clear to be able to make a final production decision at Keno Hill,” said Alexco CEO and chairman Clynton Nauman, in a release. “We worked for approximately two and a half years to renew and amend our primary WUL, but also used that time to de-risk the project and add value through exploration.” Now that it has clarity on the water licence, which has a term of 17 years, the company is restarting development work at the declines at the Flame & Moth and Bermingham deposits. A total of 300 metres of ramp development is required to reach first ore. Before the end of the year, Alexco expects to complete level access development, ventilation raises and initial cut and fill ore headings at the deposits. At the same time, the company will rehabilitate the past-producing Bellekeno mine and extract 20,000 tonnes of ore in the second half of the year for mill commissioning and initial concentrate production. It expects to achieve full production in the first quarter of 2021. According to a prefeasibility study released in March 2019, Keno Hill will have a mine life of eight years supported by underground mining from four deposits – Bellekeno, Bermingham, Flame & Moth, and Lucky Queen. The deposits will feed an existing 400 t/d mill for production of 4 million oz. silver per year in concentrate. A mill expansion to 550 t/d is planned in the third year of the mine life. Preproduction development costs were pegged at a low $23.2 million. The study projected an after-tax internal rate of return of 74.2% and a net present value of $101.3 million using a silver price of US$15.75 per oz. for the first two years, and US$18.25 for the remainder of the mine life. The project contains total probable reserves of 1.2 million tonnes at a diluted grade of 804 g/t silver, 2.98% lead, 4.13% zinc and 0.34 g/t gold for 30.5 million contained oz. silver. In addition to the permitting progress, Alexco announced a $20-million financing, co-led by Cormark Securities and Cantor Fitzgerald, which was subsequently upsized to $26 million. After it closes, which is expected on July 7, the company notes it will be fully financed through to production. The junior has also entered into a non-binding term sheet to amend its streaming agreement with Wheaton Precious Metals, which is entitled to 25% of the life-of-mine silver production at Keno Hill. The amended terms would potentially provide more generous payment terms on the upside for Alexco and limit the downside in light of silver price fluctuations. The company will also be conducting a 4,000-metre surface drilling campaign to test for deeper mineralization at the Bermingham deposit, 200 metres below the NE Zone. Alexco originally put the Bellekeno mine at Keno Hill in production in 2011 for three years, but the low-tonnage operation was closed after silver prices dropped in 2013. For more information, visit http://alexcoresource.com.