Since the resumption of production at its ATO mine in eastern Mongolia, Steppe Gold (TSX: STGO; OTC: STPGF) has now completed its […]
By Jackson Chen April 6, 2022 At 2:59 pm 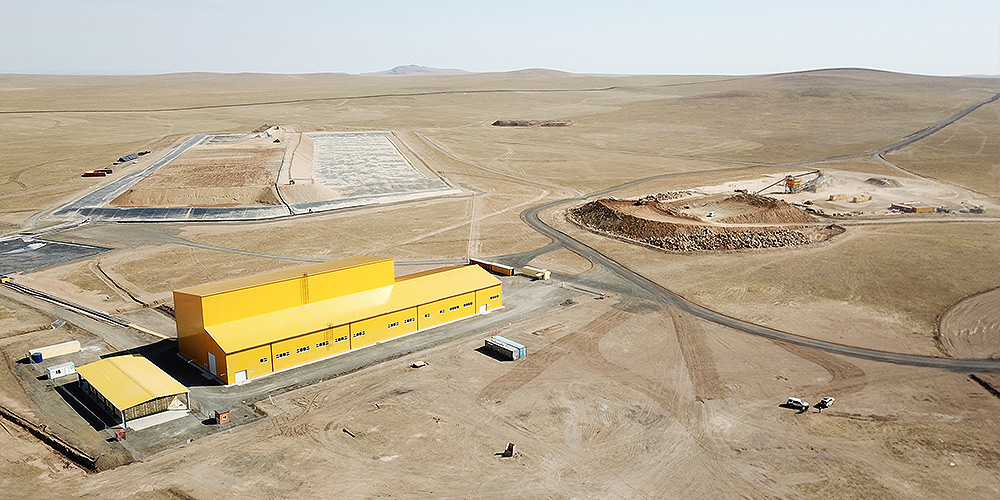 Since the resumption of production at its ATO mine in eastern Mongolia, Steppe Gold (TSX: STGO; OTC: STPGF) has now completed its first gold pour and the subsequent sale of the product. The gold pour totalled 1,532 oz., with gross proceeds of US$2.93 million.

Production at the ATO mine was previously disrupted due to issues with its supply of key reagents. A new shipment of reagents arrived, and the company was able to restart heap leach ore processing early last month. As of March 1, Steppe had over 2.45 million tonnes of ore stacked on the leach and run of mine pads.

"We are very pleased to be back in production and to conclude our first gold pour and sale for the year," president and CEO Bataa Tumur-Ochir said. "With an estimated 80,000 oz. of gold in inventory, ramp-up of production continues and we look forward to a very active year of production and strong cash flow, as well as expansion and exploration on both of our licenses."

The ATO gold-silver mine is designed as a two-phased project, containing 26.4 million tonnes of proven and probable reserves grading 1.14 g/t gold, for an estimated 968,000 oz. of gold.

The Phase 1 oxide heap leach project started in 2020, producing a total of 33,000 oz. over two years. Phase 2 encompasses a 10.5-year expansion that will keep the operation running for a total of 12.5 years, with a scheduled start of January 2022.

This expansion project assumes producing 100,000 oz. of gold per year from fresh rock ore. Gold recovery is forecast to be 79%, with further recoveries of up to 10% through carbon-in-pulp/carbon-in-leach plant in later years.

An October 2021 feasibility study shows that the ATO mine project is estimated to generate US$1.72 billion in revenue and over US$584 million in earnings before taxes, with a capex of US$128 million and a payback period of three years.