A team of scientists have taken a closer look at the potential environmental hazards of tailings and found the risks greater than […]
By Canadian Mining Journal Staff June 29, 2021 At 2:00 pm 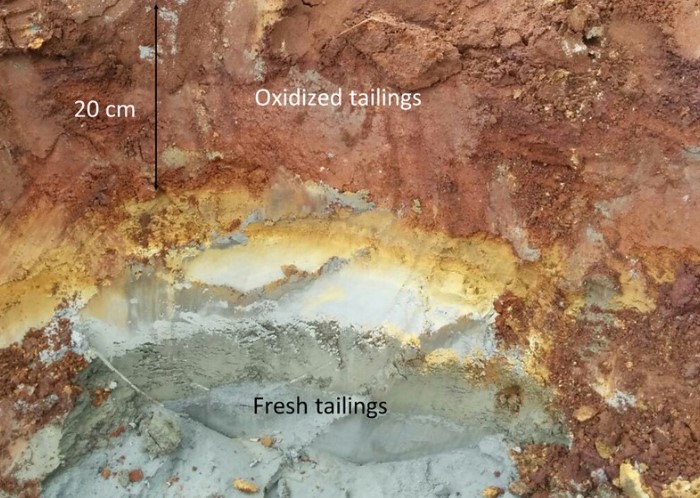 A team of scientists have taken a closer look at the potential environmental hazards of tailings and found the risks greater than previously thought. The team of researchers from Canada, Morocco and Belgium examined tailings samples using the Canadian Light Source (CLS) at the University of Saskatchewan.

The CLS is a national research facility, producing the brightest light in Canada, millions of times brighter than even the sun. It is funded by The Canada Foundation for Innovation, Natural Sciences and Engineering Research Council, National Research Council of Canada, Canadian Institutes of Health Research, the Saskatchewan government, and the University of Saskatchewan.

The tailings came from the Joutel gold mine, closed since 1994 in northern Quebec. Using the SGM beamline at the CLS and other technologies, the team analyzed weathered samples taken just below the surface of the tails and fresh samples from beneath the water table. Significant differences between them were defined.

The deeper samples were protected by a hardpan layer and not exposed to air or water. They were neutral and posed little environmental risk.

The shallow sample was acid-generating and leached harmful amounts of metals into the groundwater.

The authors concluded that it takes years of weathering to create secondary minerals that develop in tailings. The results also point to the inadequacy of the laboratory tests done 20 years ago to determine the risks of leaving tailings in place after mine closure.

“This story is beautiful because we had conclusions and interpretations from 20 years ago, and our new conclusions challenge them by bringing new insights,” said co-author Mostafa Benzaazou of the Université du Québec en Abitibi-Temiscamingue (UQAT) . “This mine site, we know it very deeply now because we had access to high level facilities and research tools. We understand even the complex speciation and fate of the elements. So, we understand the field behaviour of this mine site and the micro-scale behaviour of its tailings.”

The study was led by Dr. Abdellatif Elghali while he was a doctoral student at RIME UQAT-Polytechnique in Montreal. It is available by clicking here.