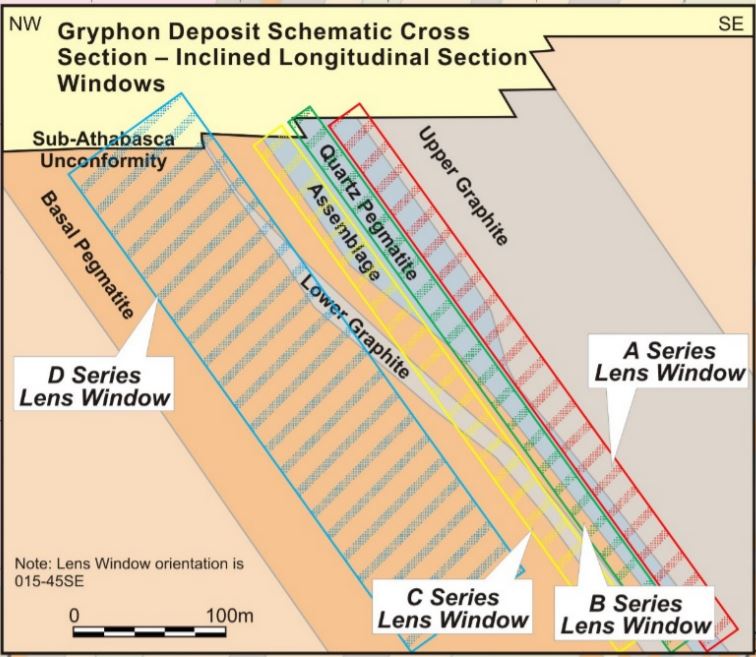 Schematic cross-section of the Gryphon uranium deposit. Note the four series of lenses. Credit: Denison Mines.[/caption] The best drill hole to date is WR-633D3 that returned 3.3% uranium oxide over 13.5 metres, 6.2% over 2.5 metres, and 1.3% over 3.0 metres within the D series lenses. In 2015, Denison estimated the Gryphon deposit contains 43.0 million lb. of uranium oxide in 834,000 inferred tonnes grading 2.3% uranium dioxide. A cut-off of 0.2% U3O8 was used. The mineralization in the D lens was unknown at that time. Details of the exploration at the Gryphon deposit is posted at www.DenisonMines.com.