Wallbridge Mining has entered into a non-binding term sheet on a joint venture at its Detour East gold property in Quebec with […]
By Magda Gardner September 15, 2020 At 12:36 pm 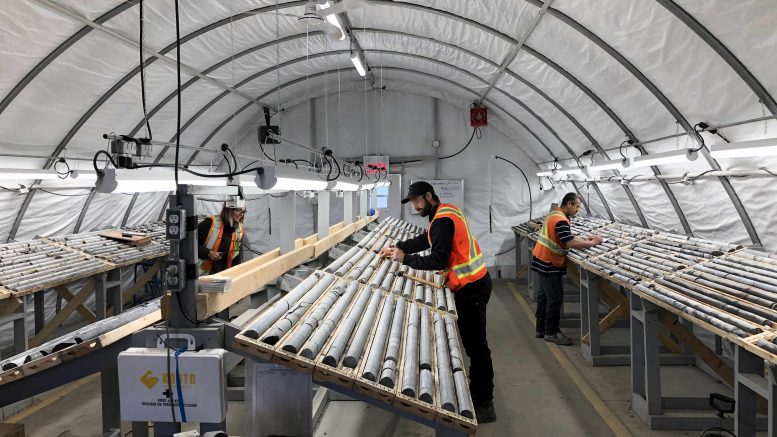 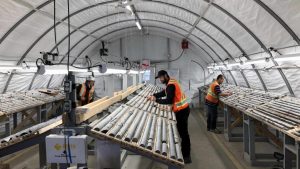 Fenelon core shack Credit: Wallbridge[/caption] Wallbridge Mining has entered into a non-binding term sheet on a joint venture at its Detour East gold property in Quebec with Kirkland Lake Gold, which would potentially allow the gold producer to earn a 75% stake in the property by spending a total of $35 million. Detour East covers 20 km of the Sunday Lake and Lower Detour deformation zones – Sunday Lake hosts Kirkland Lake’s Detour gold mine, 11 km to the west and in Ontario; Lower Detour hosts the N58 gold deposit within the greater Detour project. Wallbridge acquired the Detour East property as part of its $110 million all-share acquisition of Balmoral Resources, which closed in May and added 739 sq. km of ground within the Detour Fenelon gold trend to its portfolio. In a press release, Marz Kord, Wallbridge’s president and CEO, noted that the joint-venture agreement would allow Wallbridge to focus on its Fenelon gold property in Quebec, which, with the Balmoral acquisition, was expanded to 85.6 sq. km, from 10.5 sq. km previously. “This term sheet, and ultimate joint venture, is strategic for Wallbridge as it allows the company to focus on fully defining the size potential of our 100%-owned Fenelon gold property while at the same time advancing exploration on Detour East located at the far west end of the very large land position acquired through its acquisition of Balmoral Resources," Korz said in a release. “Entering into a joint venture with Kirkland Lake Gold on the Detour East will allow us to focus on the Fenelon gold system and bring us a high-quality partner with excellent knowledge of the regional geology through its Detour Lake operations, located adjacent to Detour East.” Based on the term sheet, Kirkland may acquire up to an undivided 50% interest in this property by spending $7.5 million on exploration over five years, as part of a first-phase program, with a minimum commitment of $2 million in the first two years. Once this is complete, the two companies would have a joint venture on Detour East, with Kirkland Lake the operator. The producer would then have the right to earn an additional 25% interest in the site by spending an additional $27.5 million on exploration over five years. Over the total period outlined above, Kirkland Lake would spend $35 million on the property, with an additional $11.7-million outlay from Wallbridge. If Kirkland Lake earns the 75% interest, any additional funds required for the property would be contributed by the two companies based on their pro-rata interests. If one party chooses to not fund a program, its interest would be diluted pro-rata. If either interest is diluted to below 5%, it would be converted to a 1% net smelter return royalty, and the joint venture terminated. The two companies are expected to negotiate and enter into a definitive option agreement by the end of September. For more information, visit www.WallbridgeMining.com.