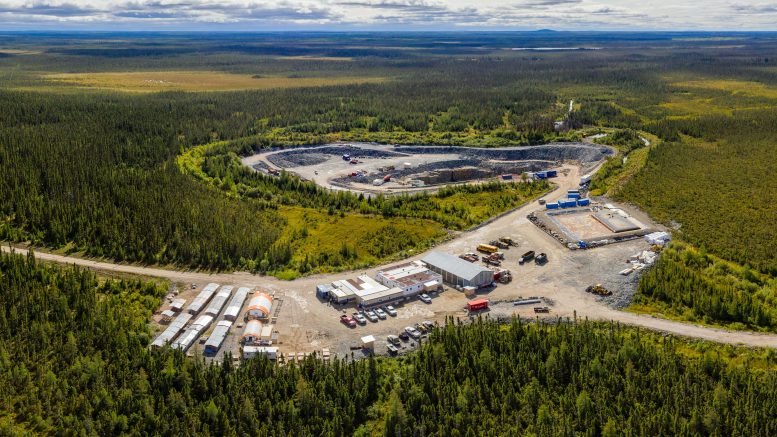 The board of Wallbridge Mining has approved a 2021 exploration plan that includes 170,000 metres of drilling and 4,800 metres of underground development focused on its Fenelon gold project in Quebec (the latter would be part of a two-year, 10,000-metre program).

The $79-million program includes $75 million for exploration and underground development – in the release, Wallbridge states that it is fully funded to complete this program.

In the meantime, the company has paused the permitting for a small operation at the Gabbro zone within Fenelon and is now planning to resubmit permit applications and an environmental and social impact assessment (ESIA) for an updated and larger operation. An initial resource for Fenelon is expected in the third quarter of this year.

“The company believes that the Fenelon gold system will support a much larger, substantially different project than originally envisioned and the current project description and ESIA, as submitted in our application for a 500-tonne-per-day operation permit, no longer aligns with Fenelon’s newly demonstrated larger size” Marz Kord, Wallbridge’s president and CEO, said in a release. “Focusing on a larger-scale Fenelon project would positively impact the permitting discussions with stakeholders and regulators, enhance the overall economics of the expanding resource and move us closer to the potential development of a larger mine at Fenelon.”

The 85.6-sq.-km Fenelon gold project lies along the Detour-Fenelon gold trend in northwestern Quebec. Wallbridge holds a total of over 900 sq. km along this trend, east of Kirkland Lake Gold’s Detour mine. Last year, Wallbridge drilled 102,000 metres at Fenelon.