NEW BRUNSWICK – Osisko Metals of Montreal continues to expand its holdings in the Bathurst Mining Camp with the acquisition of two […]
By Marilyn Scales January 10, 2018 At 3:56 pm 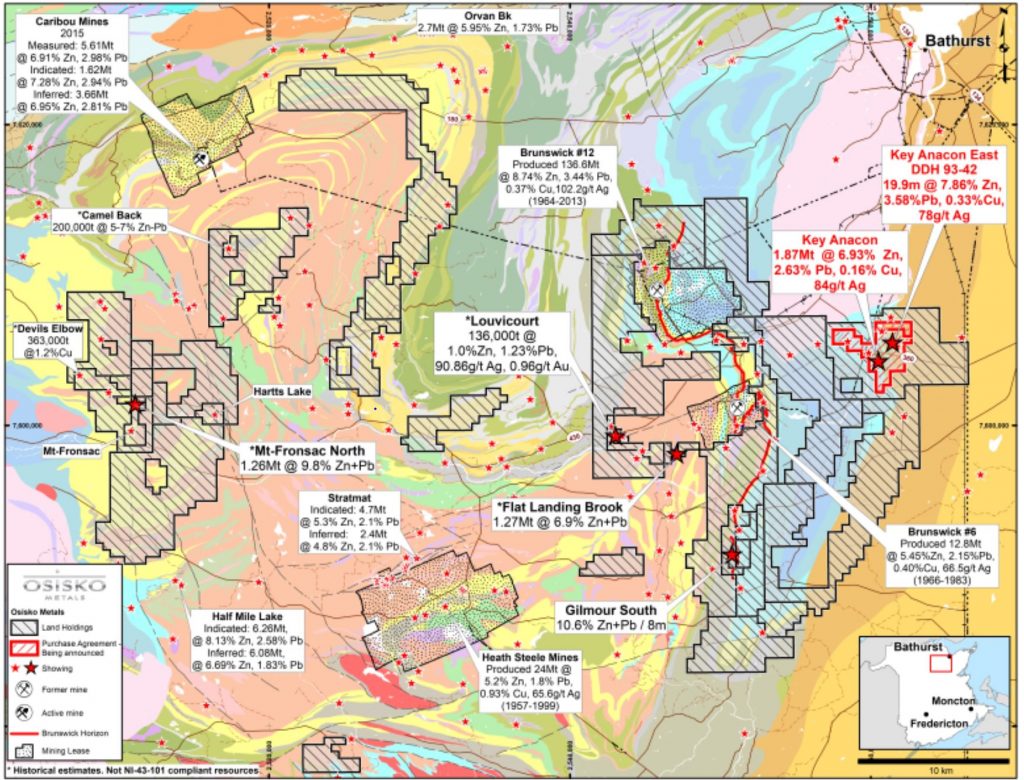 Map of Osisko Metals’ holdings in the Bathurst Mining Camp. (Image: Osisko Metals)[/caption] NEW BRUNSWICK – Osisko Metals of Montreal continues to expand its holdings in the Bathurst Mining Camp with the acquisition of two additional properties. No value was given for the acquisitions. Osisko is acquiring the properties of Canadian Continental Exploration consisting of 27 mineral claims. The properties contain 27 distinct and coincident gravity and electromagnetic anomalies located over a wide area. Canadian Continental identified the anomalies using publically available geophysical data from recent airborne surveys. Two of the six historic holes that were drilled encountered pyrrhotite and chalcopyrite mineralization typical of stockworks that underlie the massive sulphide bodies in the camp. The second property is the Camel Back zinc-lead deposit is about 11 km northeast of the Mount Fronsac North deposit acquired by Osisko in July 2017. Camel Back, discovered in 1996, is believed to be about 200,000 tonnes with a grade between 5% and 7% combined zinc and lead. Massive sulphides are found in two steeply dipping lenses that average 4.0 metres in thickness. An oxide facies iron formation is associated with the massive sulphides and has been traced up to 1,800 metres along strike. More information is posted at www.OsiskoMetals.com.