NOVA SCOTIA – ScoZinc has released the results of a preliminary feasibility study (PFS) on its wholly owned and permitted Scotia mine […]
By Magda Gardner July 8, 2020 At 12:02 pm 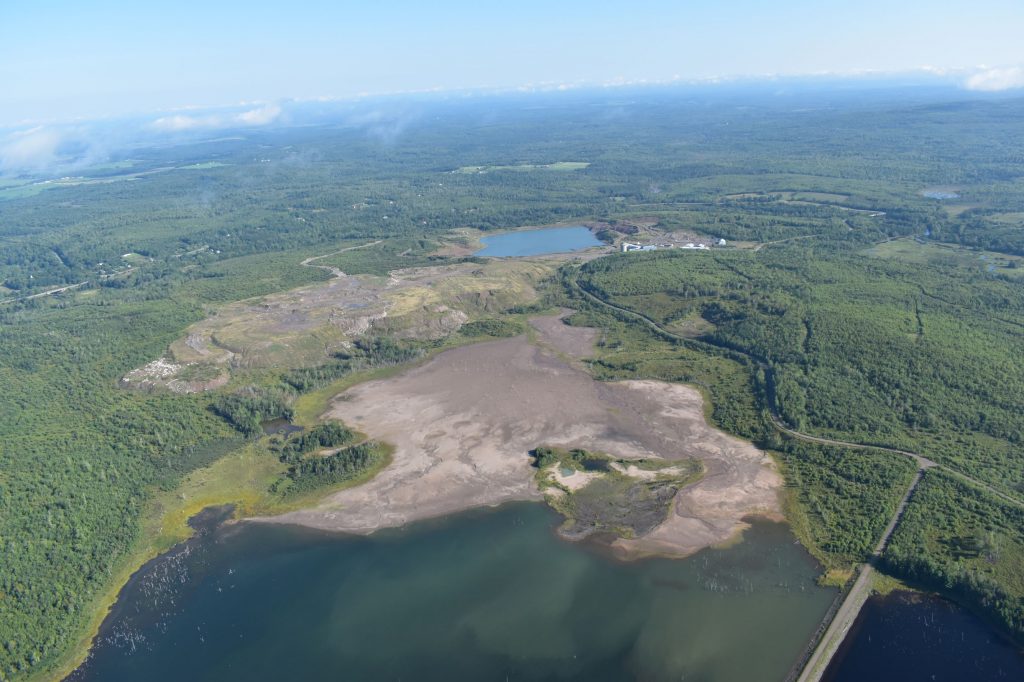 Scotia mine Credit: ScoZinc[/caption] NOVA SCOTIA – ScoZinc has released the results of a preliminary feasibility study (PFS) on its wholly owned and permitted Scotia mine project, 62 km northeast of Halifax. The study outlines a 2,700 t/d open-pit operation, producing zinc and lead concentrates over a 14-year mine life. The proposed operation would produce an average of 35 million lb. of zinc and 15 million lb. of lead over five years at all-in sustaining costs of US$0.6 per lb. of zinc with a pre-production capital outlay of $30.8 million. The associated after-tax net present value estimate, at an 8% discount rate, stands at $115 million with a 49% internal rate of return. “The project’s economics are very robust, with relatively low capital requirements and a short payback period which includes proposed financing costs structured to be greatly non-dilutive to our shareholders,” Mark Haywood, the company’s president and CEO, said in a release. “On the basis of these very positive PFS results, ScoZinc will be actively pursuing the necessary finance to begin commercial production as soon as possible.” Haywood added that commercial zinc and lead concentrate production would be able to start within 9 months to 12 months of a $30-million project financing. Past production data, combined with recent metallurgical test work for the carbonate-hosted, Mississippi Valley-type lead-zinc deposit suggest relatively high metal recoveries and concentrate grades. The latest process design assumes an average zinc concentrate grade of 57% with an average recovery of 86.6% and a lead concentrate grade of 71% with an average recovery of 89.1%. The ScoZinc mill last operated in 2009 at a rate of 2,200 t/d; the PFS design assumes minor upgrades to the existing circuits to allow the plant to operate at 2,700 t/d. Scotia Mine is a site on care and maintenance, with half of the existing resource base permitted for mining. ScoZinc acquired the past-producing site in February 2011. Current measured and indicated resources across Scotia Mine total 25.5 million tonnes, grading 1.89% zinc and 0.99% lead, with additional inferred resources of 5 million tonnes at 1.5% zinc and 0.66% lead. These are based on a cut-off grade of 0.9% zinc-equivalent. The mineral reserves outlined in the PFS total 13.7 million tonnes at 2.03% zinc and 1.1% lead, based on a 1.5% zinc-equivalent cut-off. For more information, visit www.ScoZinc.com.