Noront’s road to the Ring of Fire

Spirits were high in March 2015 when the Ontario government announced at the PDAC it was moving forward with an all-weather road into the Ring of Fire. Here we are almost two years later, and what do we have for the more than $750,000 in tax dollars that were spent? The answer: Not much. The province has consulted with various First Nations who would welcome a road. It has yet to announce a plan, route or schedule for construction.

Seeing the politicians make a decision and actually build a road is the one thing Alan Coutts, president and CEO of Noront Resources, says is vital to get the Eagle’s Nest nickel-copper-platinum-palladium development under way. The company discovered the deposit in 2007 and sparked a staking rush that made the Ring of Fire the most written about new camp since Hemlo. The Ring of Fire lies about 500 km northeast of Thunder Bay, Ont. The area is centred on McFaulds Lake on the edge of the James Bay Lowlands. As many as nine First Nations may be impacted by mineral development, making consultation complex.

Noront has taken care to engage the nearby communities in consultation and planning. Its programs are some of the best. The company meets regularly with First Nations chiefs and their councils. Town hall meetings and open houses are held frequently. All written communication is supplied in English, Ojicree, Cree and French.

The company has established an aboriginal training alliance with the Matawa First Nations’ Kiikenomaga Kikenjigewen Employment and Training Services and Confederation College of Applied Arts and Technology in Thunder Bay. The innovative Ring of Fire Aboriginal Training Alliance (RoFATA) provides skills-based instruction and guidance. The effort is working. About 60% of the workforce at Eagle’s Nest is from the First Nations.

In 2015, Noront received the PDAC’s national environmental and social responsibility award. The recognition was for RoFATA as well as Noront’s support of Mining Matters programs, DAREarts, and the Mining Movie Making Youth Camp.

Noront has signed agreements with the Webequie and Marten Falls First Nations, and it is from these communities that many of its employees have been hired.

Talks are continuing with other First Nations in the hope they all will benefit from resource development.

Longitudinal view of the chromite deposits found in the Ring of Fire.

De Beers Canada made the first volcanogenic massive sulphide (VMS) discovery in the area in 2002. A year later six more deposits were found.

The first major discovery in the area was made in 2007 by Richard Nemis, who was at that time the president of Noront Resources. He unearthed what is now the Eagle’s Nest deposit, a VMS occurrence enriched with platinum group metals.

Eagle’s Nest was not the only deposit drilled in the Ring of Fire. High grade chromite mineralization – Blackbird, Black Thor, Big Daddy and Black Label – were also discovered. Their grades were among the best in the world. And now that the area had a catchy name, it rose to prominence in the collective mind.

By the end of 2011, the Ring of Fire was touted as one of the largest potential mineral resources in Ontario, rivalling the Sudbury Basin and Kidd deposits in Timmins.

Cliffs abruptly slammed the brakes on its Ring of Fire properties in 2013, after it had already spent $550 million to acquire and explore a large number of claims. The company had a change of management that soon pulled it out of Canada, not only in the Ring of Fire but also its iron ore projects.

For Noront, this was the opportunity to expand its holdings in the Ring of Fire. The spunky junior borrowed $20 million to buy all of Cliff’s interests in early 2015. The deal included the Black Thor and Black Label chromite deposits, a 70% interest in the Big Daddy chromite deposit (with KWG Resources), and an 85% stake in the McFaulds Lake copper-zinc deposit.

First up is the underground development of Eagle’s Nest and a 3,000-t/d mill plus surface infrastructure. According to the 2012 feasibility study (that is being updated), the initial capital investment will be $609 million. Construction will take three years, the life of the mine is 11 years.

The primary infrastructure need is an all-weather road. Coutts is clear that a government decision on a road and its timely start of construction are imperative if Noront is to begin production in 2020. Beyond that, the company will build a storage, handing, and loadout facility at Nakina about 280 km to the south.

The Eagle’s Nest deposit is near vertical and narrow, making it well suited to blast hole stoping with cemented backfill. Access will be gained through twin declines from a portal to underground processing facilities.

The use of tele-remote equipment and electric trucks will enhance safety as well as reduce fuel and ventilation needs.

One notable part of the design is the storage of all tailings underground, which reduces the surface footprint of the project.

And by not building a tailings management facility on the surface, the prospect of a dam failure is eliminated. The aggregate for surface construction will be sourced underground from highly competent granodiorite host rock. In this way, there will be enough void spaces underground to store the cemented tails that always increases in volume compared to the ore extracted.

The underground mill will be cut out of the same granodiorite rock. It is to be a conventional facility – crushing, grinding, flotation and dewatering – to produce a single concentrate containing nickel, copper and platinum group metals. The concentrate will typically contain 10.2% Ni, 5.7% Cu, 19.0 g/t Pd, 5.0 g/t Pt, 1.0 g/t Au and 13.0 g/t Ag.

Crushed ore will feed two separate semi-autogenous grinding (SAG) mills: a 5-by-5-metre one for net-textured ore and a 3.5-by-3.5-metre one for massive ore.

Pebbles (oversize) from both SAG will pass through a single cone crusher and return to the net-textured SAG mill.

The flotation circuit includes roughers, cleaners, scavengers and recleaners. Fine material from the massive SAG line will be fed to the primary cleaner. The fine product from the net-textured SAG mill will go first to the roughers and then through three stages of scavenging. Underflow from both mills will pass through a regrind ball mill.

The concentrate will be drawn from the net-textured scavenger underflow and the primary cleaner. It will be thickened and pumped to the surface for filtering, etc.

Tailings will be thickened and filtered underground before being pumped to the backfill plant.

Part of the concentrate and tailings thickener overflows will feed the effluent treatment plant before being recycled as process water. No process water will be returned to the environment.

The next deposit on Noront’s to-do list is the Blackbird chromite deposit. Here, the aim is to start small by developing the mine and a 200,000 t/y ferrochrome plant. Only about 500,000 tonnes of ore annually will need to be mined from Blackbird, making the plan what Coutts called an “entry level project.” The Blackbird deposit is only about 1 km from Eagle’s Nest, and the two mines could share both underground and surface infrastructure.

Blackbird contains measured and indicated resources of 20.5 million tonnes averaging 35.76% Cr2O3 with a chrome-to-iron ratio of 1:1.97. The inferred resource may contain another 23.5 million tonnes grading 33.14%. The deposit is open both along strike and at depth. Noront believes a high grade concentrate – in excess of 50% Cr2O3 – could be made.

North American consumption of ferrochrome is about 400,000 t/y, and there are no producers on the continent. Noront’s 61% Cr product would probably sell for 25% or 30% less than imported material.

Noront’s land position in the Ring of Fire means that Eagle’s Nest and Blackbird are only the beginning. Further in the future are the Black Thor, Black Label and Big Daddy chromite deposits. There is another nickel-copper- PGM deposit, AT-12, and two copper-zinc deposits, Butler and McFaulds. The company holds two properties, Kyle and MacFayden, that are prospective for diamonds. There is gold at the Triple J deposit (perhaps the first of many gold finds). And there is the Thunderbird titanium-vanadium deposit.

Given the complex and very promising geology of the Ring of Fire, Noront is likely to become a very well known, and long lived enterprise. 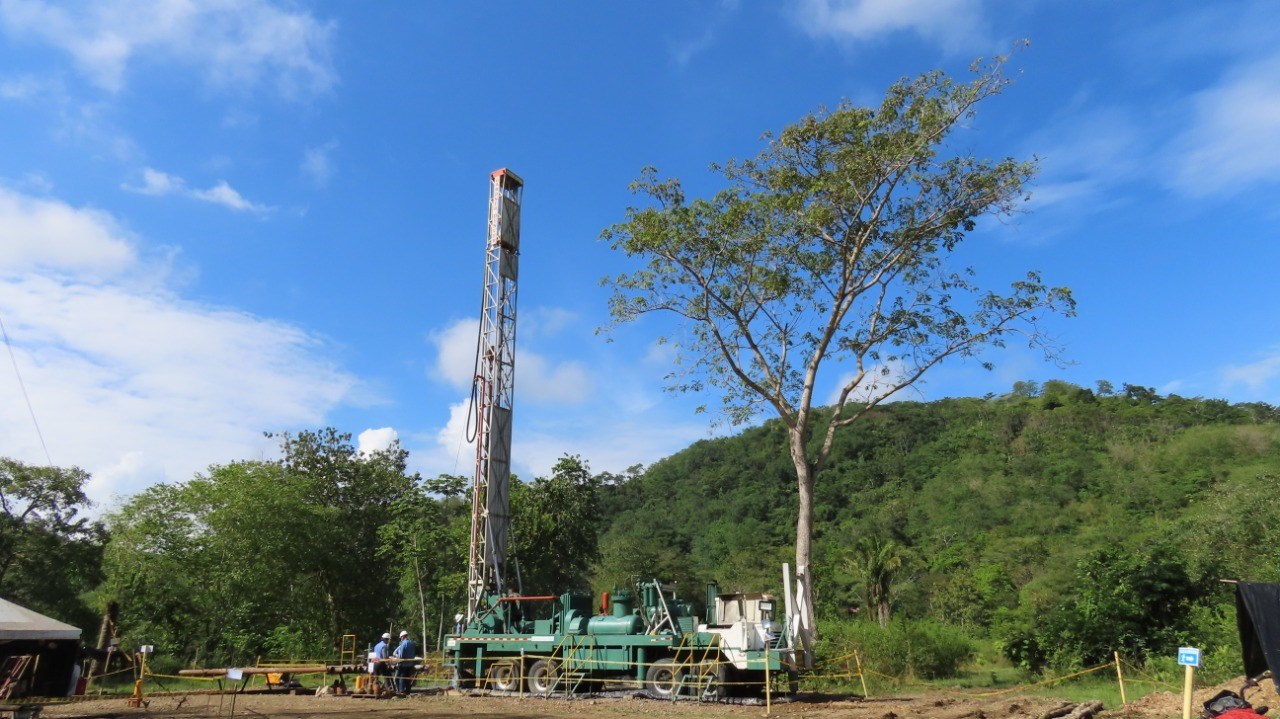