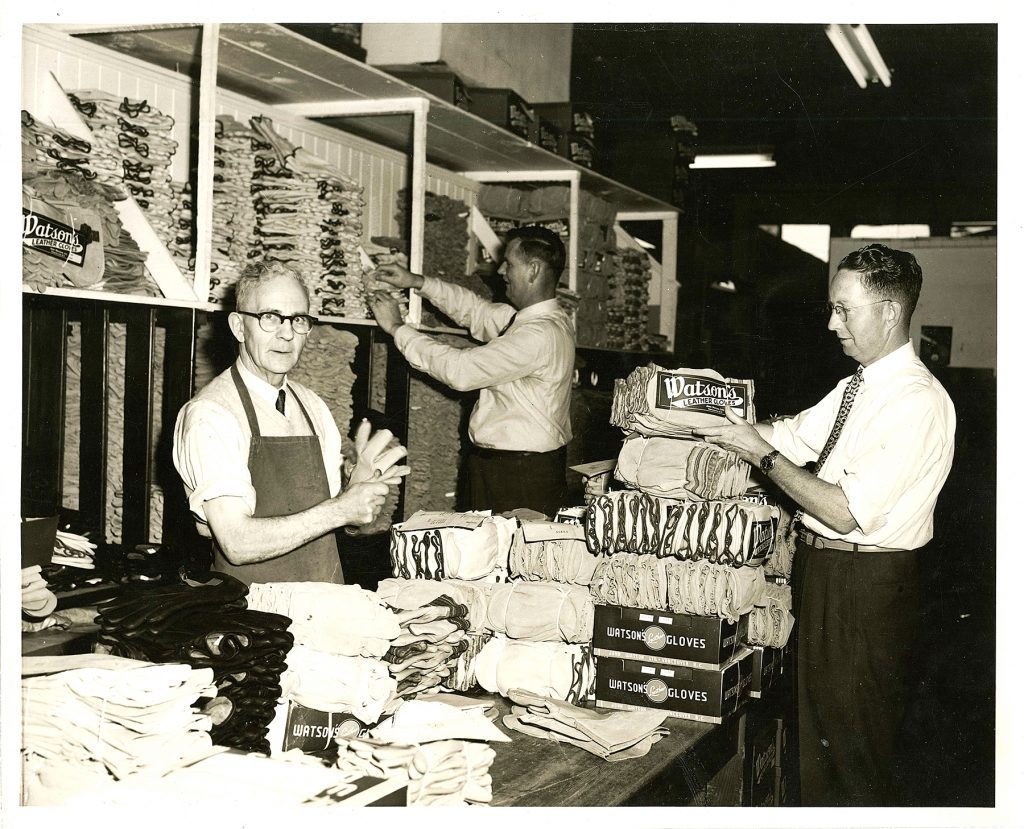 VANCOUVER -  In April, 1918, John Watson and Wayne Stanley started a business selling hand crafted gloves to Vancouver's dock workers. 100 years later, Watson Gloves has grown from a two-person storefront in Vancouver to become one of Canada's largest distributors of quality gloves. Now selling products internationally with over 2,000 styles to choose from, the iconic Watson Gloves tag is recognizable on gloves serving customers' needs from construction, to motorcycling, to gardening, and more. Ten decades of business has established Watson Gloves as your true Canadian glove experts. [caption id="attachment_1003722581" align="alignnone" width="376"] Image courtesy of Watson Gloves.[/caption] The secret to success? Despite facing many challenges including two recessions, Watson Gloves continues to use tried and tested manufacturing techniques that earned them a reputation for producing quality product since 1918. In the Burnaby, BC factory, factory workers are still using an antique kickpress that's been around since the 1920s to put snaps on Motorcycle gloves. Watson Gloves is known for their homegrown values and advertising, with product lines that push the boundaries and make gloves fun (...and cheeky). Best-sellers include the Grease Monkey, Anarchy Welding and Road Hawg, and their accompanying product videos take an equally unconventional creative license. The branding is popular among customers, and Watson Gloves employees are used to hearing phrases like "I need a dozen Mean Mothers, three Sexy Backs and six Game of Thorns". "With three generations of Moore leadership at Watson Gloves over the past 100 years, we are a great example of a family-owned business that has had considerable success making quality products that our customers can depend on," says Martin Moore, current President of Watson Gloves. "Despite our growth over the years, we've never lost sight of our humble beginnings, and will continue to honour our founders' belief that quality materials and above-and-beyond customer service go hand-in-glove." Watson Gloves is commemorating their 100th anniversary starting in January of 2018. Keep an eye out for the Watson Gloves tag! Visit www.watsongloves.com.