Days after closing the acquisition of the Blackwater gold project in central British Columbia from producer New Gold, Artemis Gold has released […]
By Magda Gardner August 26, 2020 At 12:17 pm 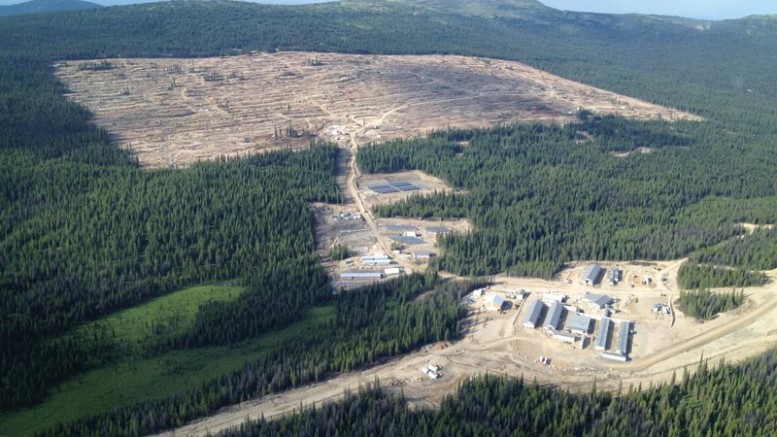 Days after closing the acquisition of the Blackwater gold project in central British Columbia from producer New Gold, Artemis Gold has released the results of a revised prefeasibility study on the asset.

The latest study suggests a 23-year open pit operation, with a staged development. The first, five-year phase would be at a throughput of 5 million tonnes per year, increasing to 12 million tonnes a year for the next five years, before ramping up to 20 million tonnes annually for the remainder of mine life.

The initial capital cost estimate stands at $592 million, with expansion capital outlays estimated at $426 million and $398 million for the second and third phases, respectively.

“The strategy of staging the ultimate development of the mine, among other de-risking initiatives, allows for much improved economics, while allowing the company to phase the development before ramping up to full throughput of 20 million tonnes per annum,” Steven Dean, the company’s chairman and CEO, said in a release. “The phased approach provides the opportunity to build the Blackwater project into a new 250,000 oz. per year gold operation, growing to more than 400,000 oz. of gold per year with growth financed from free cash flow. We believe that this disciplined approach is the most prudent way to advance one of the largest undeveloped gold projects in Canada.”

When compared with New Gold’s 2014 feasibility study for Blackwater, the updated development scenario features a lower-throughput operation with lower upfront capital costs and a more moderate production profile. The feasibility estimated US$1.9 million in initial capital, for a 22-million-tonne-per-year throughput mine, which would generate  485,000 oz. of gold per year over the first nine years at AISCs of US$685 per oz.

The scenario presented by Artemis assumes mining of higher-grade, near-surface material in the southern half of the Blackwater deposit in the first phase of operations to improve economics, with the staged expansions funded out of operating cash flows. The main cost drivers for the two expansions are associated with mobile fleet lease payments and process plant additions.

Artemis announced the Blackwater purchase in June. The company paid New Gold $140 million and issued approximately $20-million in its shares on closing of the deal, with an additional, $50-million payment due in 12 months. New Gold will also receive a gold stream, of 8% of the refined gold, at 35% of the US-dollar gold price estimated two days prior to delivery. Once 279,908 oz. of gold are delivered, the stream will reduce to 4%. The study economics incorporate the impacts of this stream.

Over the next year and a half, Artemis plans to start a feasibility study on the project, based on this most recent development approach. Additional permitting work is also planned, to achieve the permits required to start construction (the project received a provincial Environmental Assessment certificate last year), in addition to financing arrangements to support the development plan.

Artemis is a gold developer, spun out of Atlantic Gold, prior to the company’s acquisition by Australia’s St. Barbara last year.