NORTH BAY, Ontario - The Ontario Mine Contractors Safety Association (OMCSA) has awarded the 2010 Worker Safety Innovation Award to the Redpath Group for its oxyacetylene carrier. The carrier is a metal cabinet that safely transports and...
By Canadian Mining Journal Staff March 21, 2011 At 5:00 pm 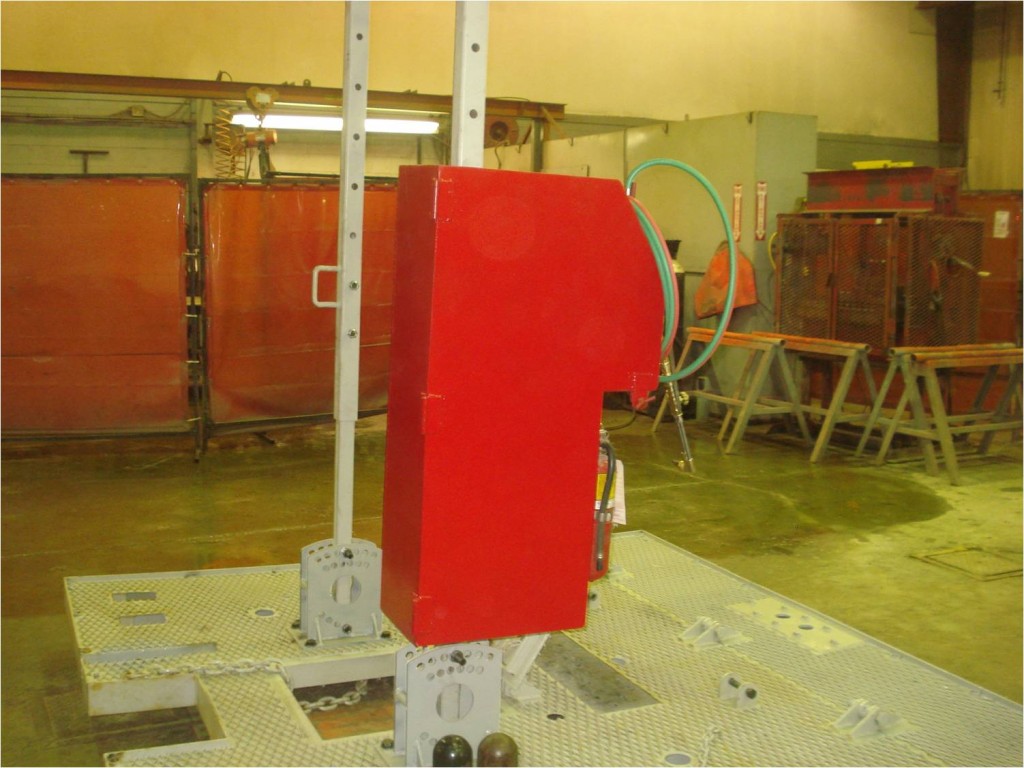 NORTH BAY, Ontario - The Ontario Mine Contractors Safety Association (OMCSA) has awarded the 2010 Worker Safety Innovation Award to the Redpath Group for its oxyacetylene carrier. The carrier is a metal cabinet that safely transports and protects oxygen and acetylene bottles on a mechanized raise climber (MRC) unit.

Keeping potentially explosive cylinders in a constant upright/vertical position, while the MRC is horizontal, the oxyacetylene carrier is attached to an engineered canopy post and swivels. A built-in overhang protects the fire extinguisher and provides safe storage of cylinders, hoses and torches on the platform. Storage of cylinders on the MRC platform also allows for quick access to valves in the event of an emergency and prevents inadvertent exposure to oil, grease and other potentially volatile reactive materials.

Having a designated place for the fire extinguisher also prevents unnecessary wear and corrosion of the tank. While in use, a hook for the hoses and torch reduces the amount of clutter on the platform, eliminating trip hazards. The built-in enclosure design also protects cylinders while travelling in the raise while workers travel below in the basket. Redpath's oxyacetylene carrier's lightweight, sturdy design enables easy installation and use on any raise climber. Pre-built oxyacetylene carriers can be distributed from MRC shops to all raise stripping projects (and other projects) as required or requested.

Oxyacetylene welding and cutting is a common practice used throughout mining and other industries. Prior to the implementation of this innovation, the risk level and identified hazards of transporting and protecting oxygen and acetylene bottles was high. The introduction of Redpath's oxyacetylene carrier has reduced the risk level to low.

Learn more about the company's many successful undertakings at www.RedpathMining.com.