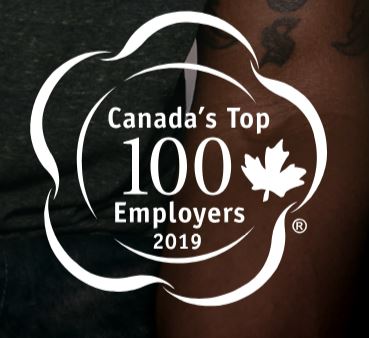 The winners were selected by the project’s editors using eight criteria: 1) physical workplace; 2) work atmosphere and social aspects; 3) health, financial and family benefits; 4) vacation and time off; 5) employee communications; 6) performance management; 7) training and skills development; and 8) community involvement. These criteria are the same that have been used since the project began two decades ago. K+S Potash Canada has been recognized for the second time. The company jumped into the industry in 2011 and developed the Bethune potash mine near the town of the same name in Saskatchewan. The project has settled into a steady pace, creating 450 jobs. (K+S noted that it has been one of Saskatchewan’s top employers every year since 2014.) Rio Tinto bought Alcan’s aluminum smelting business in 2007, and recently made its Montreal office a global hub to support its operations around the world. It calls itself Canada’s largest mining and metals company, providing approximately 15,000 jobs. Among the long list of benefits, the company gives up to 10 days of paid extra leave, flexible work hours , financial aid and emergency accommodation to employees who experience domestic and family abuse. Teck Resources is proud to be among the winners. “Our people are our greatest strength,” says president and CEO Don Lindsay. He points to the company’s strong culture of diversity, innovation and engagement, all of which foster an environment where employees can build rewarding careers. Suncor did not issue a news release about the award, but noted the recognition on its website. The company pointed to several of its programs that won them a slot on the list: cash rewards for employees and retirees who are active in their local communities; generous pension and health benefits; and a head office subsidized onsite fitness facility. Click here for the full list of Canada’s Top 100 Employers and read the reasons for the selections.